PPL allegedly spun off partial ownership to a subsidiary without leaving enough money for its pension and environmental cleanup obligations.

BILLINGS, Mont. (AP) — The operator of four coal-fired power plants in southeastern Montana is suing Pennsylvania-based PPL Corp., alleging it spun off partial ownership of the power plants to a subsidiary without leaving it enough money for its pension and environmental cleanup obligations.

Talen Montana's lawsuit, filed Monday, alleges that in 2014 PPL fraudulently transferred the profits from the $900 million sale of 11 hydroelectric dams in Montana up through the chain of ownership to improve PPL's cash flow. The suit alleges PPL spun off its share of the Colstrip power plants to Talen Montana, which it co-owned, because the plants were a liability. 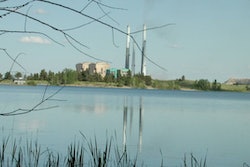