Cargill fired 138 workers after they were refused prayer breaks. 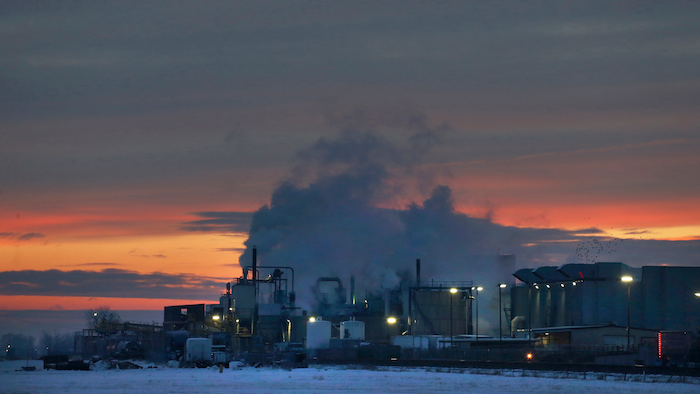 In this Jan. 11, 2016 file photo, dawn approaches over the meat processing plant owned and run by Cargill Meat Solutions, in Fort Morgan, a small town on the eastern plains of Colorado. The U.S. Equal Employment Commission said Friday, Sept. 14, 2018 that Cargill has agreed to pay $1.5 million to 138 Somali-American Muslim workers who were fired from the plant in 2016 after they were refused prayer breaks.
AP Photo/Brennan Linsley, File

DENVER (AP) — A big U.S. meatpacker has agreed to pay $1.5 million to 138 Somali-American Muslim workers who were fired from their jobs at a Colorado plant after they were refused prayer breaks, a federal anti-discrimination agency said Friday.

Wichita, Kansas-based Cargill denies wrongdoing but agreed to settle to avoid further litigation, the federal agency said. The dispute dates back to the firings of the workers in late 2016 after management rescinded policies allowing Muslim employees to take short breaks for prayer.

In 2017, the agency found that the workers had been harassed and discriminated against for protesting the unannounced policy change that denied them opportunities for obligatory prayer. Hundreds of Somali-Americans work at the plant in Fort Morgan, northeast of Denver.

In a related announcement, a Teamsters union local that was supposed to represent the workers will pay them $153,000 to settle discrimination complaints.

The federal agency said it determined that Teamsters Local Union No. 455, based in Denver and in Fort Morgan, failed to advocate for the Muslim workers in their dispute with Cargill and even harassed them because of their race, religion and national origin. The workers were dues-paying union members.

Union officials denied wrongdoing. But the local unit agreed to pay the workers, undergo training in handling grievances, and publicize employee rights to be free of discrimination based on race or national origin.

"In its capacity as a bargaining representative for its members, labor unions have an obligation to represent their members regardless of race, color, religion, sex, national origin, age or disability," Elizabeth Cadle, the federal agency's regional district director, said in a statement.

Like other U.S. firms that employ Muslim line workers at meatpacking and processing plants, Cargill managers must balance religious accommodations with demands of processing meat in an operation that frequently runs 24 hours. Managing possible disruptions not only slow production but can create safety issues for line workers.

"Providing our employees with religious accommodation is an important part of engaging and supporting our employees, and our policy has remained consistent for more than 10 years," Cargill Meat Solutions president Brian Sikes said in a statement.

The Council on American-Islamic Relations, a Muslim advocacy group, and Qusair Mohamedbhai, a Denver attorney who represented the workers praised the settlement.

Mohamedbhai said in a statement that he welcomed "Cargill's commitment to continue to communicate its longstanding prayer accommodation practices."

Cargill Will Retain Operations in Wichita