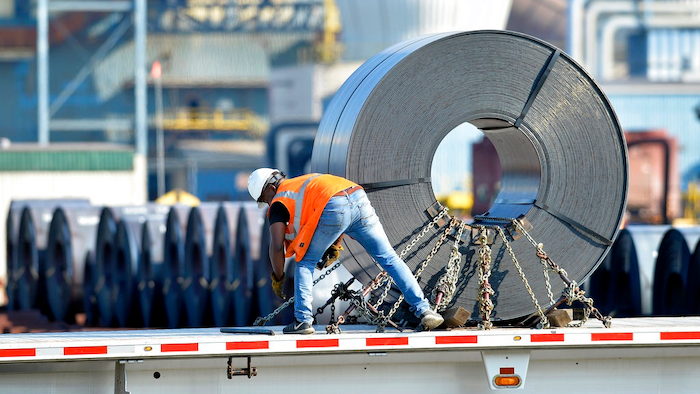 In this July 25, 2018, photo a truck driver chains down a roll of steel to his flatbed at the NUCOR Steel Gallatin plant in Ghent, Ky. The rolls, weighing as much as 20 tons, are transported one at a time. On Wednesday, Aug. 15, the Federal Reserve reports on U.S. industrial production for July.
AP Photo/Timothy D. Easley

The July reading for industrial production fell short of economists' expectations. But it is still up 4.2 percent from a year earlier. Despite the drop last month, mining has surged 12.9 percent since July 2017.