Executives at the biggest public companies got an 8.5 percent raise last year. 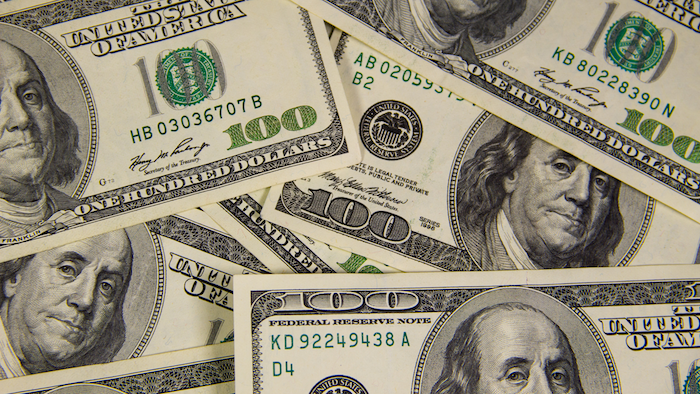 NEW YORK (AP) — Chief executives at the biggest public companies got an 8.5 percent raise last year, bringing the median pay package for CEOs to $11.7 million. Across the S&P 500, compensation for CEOs is often hundreds of times higher than typical workers.

The pay increase matches the bump that CEOs received in 2016, according to salary, stock and other compensation data analyzed by Equilar for The Associated Press.

For the first time, the government required companies to show in their annual proxy statements just how much more bosses make than the typical employee. The typical CEO made 164 times the median pay of their employees, according to Equilar's analysis.

Because the government gave companies wide leeway in how they calculated the median pay of their workers, and because some industries rely heavily on part-time workers, the CEO-to-worker pay ratios are imperfect and make comparisons difficult. Despite pushback, Congress forced companies to publish the data as a way to shine a spotlight on income inequality.

A debate has already ensued about the significance of this newly released data.

"High pay ratios send a dispiriting message to the workforce," said Liz Shuler, secretary-treasurer of the AFL-CIO, which has been calculating its own tally of CEO-to-worker pay ratios for years. "Companies are asking their workers to do more with less, at the same that CEO pay is on the rise."

Detractors among business groups, academics and compensation consultants say the ratio can give a false impression. For example, some companies exclude some of their lower-paid foreign workers, which regulations allow. And companies with large part-time workforces will show much greater disparity between the CEO's pay and median pay.

At Yum Brands, CEO Greg Creed's pay of $12.3 million was 1,358 times higher than the company median of $9,111. The employee who earned that amount, on an annualized basis, was a part-time employee at a Taco Bell restaurant.

Even at United Rentals, where the median pay was $77,127 last year, it would take a worker earning that amount 166 years to match the $12.8 million in compensation that CEO Michael Kneeland made last year.

Across the S&P 500, such votes on executive compensation passed with similar approval ratings in 2016 and 2017, at 95 percent, according to the data compiled by Equilar. The boards of directors who set CEO pay, meanwhile, say they are tying more of their executives' compensation to how the company is performing, and they need to pay the going rate to keep talented executives.

The highest-paid CEO in Equilar's analysis was Hock Tan of Broadcom, who made $103.2 million. The vast majority of Tan's compensation came in the form of a stock grant, valued at $98.3 million. He'll receive the shares if the stock hits certain performance targets over the next four years. The company said in a filing with regulators that the figure looks substantial, but the amount Tan earns will "only be exceptional if our (stock returns relative to other companies) is exceptional."

The second-highest paid CEO was Leslie Moonves of CBS. He made $68.4 million, including a $20 million bonus. CBS stock fell in 2017, but the company's board highlighted how CBS is producing more premium content where it has an ownership stake, among other accomplishments.

No. 3 was W. Nicholas Howley at TransDigm, which designs and produces aircraft components. He earned $61 million, including $51.2 million of payments from the company on stock options he holds, as if they had earned dividends. Howley, a Transdigm co-founder, left his position as CEO last month and became executive chairman.

Jeffrey Bewkes of Time Warner was the fourth-highest paid CEO at $49 million. Time Warner rejiggered its compensation formulas for executives following its deal to be acquired by AT&T, which was announced in 2016 but is still awaiting government approval. Bewkes received restricted stock valued at $32 million.

No. 5 was TripAdvisor's Stephen Kaufer, at $43.2 million. He received grants of options and restricted stock valued at $42.1 million, and the company said it does not expect to give him another stock grant as long-term incentive compensation until 2021.

CEOs Make How Much More?

This is the first year that companies had to report the median pay for their employees. Median is the midpoint of the pay scale. Across the S&P 500, the median compensation last year was $70,244, according to Equilar. That's higher than the average pay for all U.S. workers, at $47,792, because the S&P 500 is full of big, multinational companies. Last year's median pay for the U.S. is not yet available.

Companies in the pharmaceutical, technology and energy sectors were on the high end of the S&P 500 for worker pay. At Facebook, for example, the median compensation was $240,430. On the lower end were retailers and fast-food restaurant chains, which tend to have more part-time workers.

Coming into this year, many companies had big concerns about the reaction to their CEO-to-worker pay ratios, particularly among their own employees. But after publishing the numbers, the backlash wasn't that big, said Melissa Burek, a partner at Compensation Advisory Partners.

"I have clients in the Midwest, where they're the largest employer in town, and I would have thought those would get more attention," said Daniel Laddin, another partner at Compensation Advisory Partners. "But no one seems to be getting too upset about it."

All the leeway companies had in calculating their ratios helped many to avoid being an outlier, on either the high end or the low end, said Kelly Malafis, also a partner at Compensation Advisory Partners.

The real value in these ratios may come years from now, as investors and workers track how the ratios change over time, said Ethan Rouen, an assistant professor at Harvard Business School who studies income inequality.

It may not make much sense to compare Yum Brands' ratio with Facebook's, but is each company's ratio rising or falling through the years? In particular, will the figures get better or worse when the next economic downturn hits, whenever that may be?

"I think five years down the road," he said, "this measure will be more useful than it is right now."