The Industrial Commission could fine the company up to $12,500 a day for failure to report.

BISMARCK, N.D. (AP) — Former employees of a Denver-based oil company operating in the Bakken oil patch failed to report five spills in northwest North Dakota dating back to October, according to the company.

All the spills were in Williams County and involved produced water or brine, a waste byproduct of oil production. Most of the contamination stayed on well facility locations, but one spill killed a strip of grass adjacent to the well pad, Duran said.

Zavanna fired three employees, and a new production supervisor brought the spills to management's attention, Duran said. The company inspected the sites and notified the North Dakota Industrial Commission, the state Health Department and the Bureau of Land Management. Zavanna is also reaching out to landowners.

"We're just trying to get back in good standing and do what's right," Duran said.

Zavanna plans to further assess the Guchun saltwater disposal well and the Sabertooth 1-24H well and is working with a remediation company, Duran said. Three of the brine spills occurred at the Guchun well, the largest involving 42,000 gallons (158,983 liters) in November.

The Industrial Commission could fine the company up to $12,500 a day for failure to report. State regulators require companies verbally report spills immediately and file a written spill report within 24 hours. 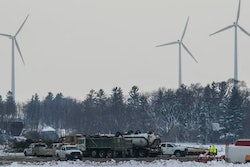 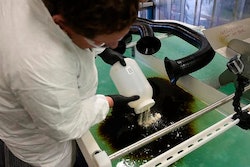