It is the only commercially operated nuclear power plant in the Pacific Northwest and produces enough electricity to power a city the size of Seattle. 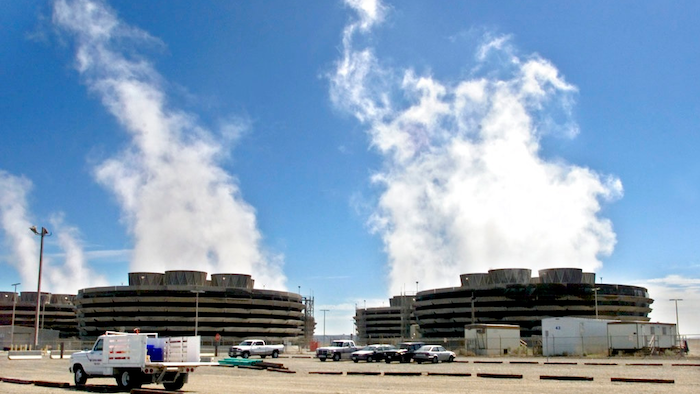 In this April 8, 2003, file photo, steam rises from the Columbia Generating Station, Washington state's only nuclear power plant, near Richland, Wash. The nuclear power plant in southeastern Washington state closed unexpectedly. The Tri-City Herald reports that the Columbia Generating Station's systems detected a problem Friday May 18, 2018, having to do with electrical distribution and automatically shut the plant down. Authorities said there is no risk to the public.
AP Photo/Jackie Johnston, File

The Tri-City Herald reports the Columbia Generating Station's systems detected a problem having to do with electrical distribution and automatically shut the plant down at 6:51 a.m.

Authorities said there is no risk to the public.

The 1,207-megawatt plant is the only commercially operated nuclear power plant in the Pacific Northwest and produces enough electricity to power a city the size of Seattle.

Plant officials are investigating the issue, which involved the main transformer and the electricity distribution system, John Dobken said, spokesman for Energy Northwest.

The exact cause was not known.

"The plant responded as designed" and is stable, Dobken said.

The plant last had an unexpected shutdown in August after an air removal valve in the plant's turbine building closed.

Bonneville Power Administration, which distributes electricity from the nuclear power plant, "is well positioned to respond to the loss of generation," BPA spokesman Kevin Wingert said. "We are taking steps to ensure no impact to customers."

The nuclear plant is located about 10 miles (16 kilometers) north of Richland, Washington.