Sales of Eggo waffles and MorningStar Farms veggie burgers, both in the frozen foods aisle, jumped more than 10 percent during the first three months of the year, Kellogg said Thursday.

"The millennial generation really thinks about frozen differently than other generations," said CEO Steve Cahillane. "It's kind of the new fresh and the new convenient."

Artificial colors and flavors were recently removed from Eggo, which helped increase sales, Cahillane said. And the packaging of Eggo and MorningStar were also updated.

"We expect frozen foods to continue to grow," said Cahillane.

Kellogg, which has struggled with falling sales as more people avoid processed food, has been working to change consumer perceptions of its food. In October, it bought protein bar maker RXBar, which promotes its bars as being made with just egg whites, fruits and nuts.

Adjusted earnings came to $1.19 per share, 12 cents above what analysts expected, according to Zacks Investment Research. 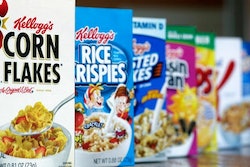 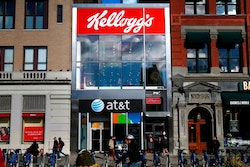 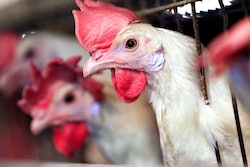