NASHVILLE, Tenn.-- 61% of Americans have no money saved for their healthcare expenses, and 64% say that have avoided or delayed medical care in the last year due to expected costs, according to a new survey of 1,000 Americans conducted by 20|20 Research and commissioned by CarePayment, a leading patient financial engagement company.

New research shows most Americans can’t afford their medical bills and that many have no savings to pay for healthcare expenses and are being forced to delay care.

As out of pocket costs continue to rise, people across the nation are struggling to pay their bills. According to the Kaiser Family Foundation, half of all covered workers faced deductibles of at least $1,000 in 2016 for single coverage, meaning that they paid at least $1,000 before their health coverage kicked in. And yet, 6 in 10 Americans don’t have $500 in savings, according to a report from Bankrate.

The 20|20-CarePayment survey found that two-thirds of Americans have avoided or delayed seeking medical care due to concern about cost, risking their health and likely leading to higher costs down the road. For those who do seek care, medical debt has become an increasingly common and burdensome problem, affecting nearly 1 in 4 Americans under 65.

“This data highlights a growing challenge for both patients and healthcare providers,” said Craig Hodges, CEO of CarePayment. “People are risking their health by choosing between paying for food and rent or seeking needed medical care. And healthcare providers cannot operate effectively when patients either do not seek or cannot afford care.”

Additional key findings from the survey include:

Survey results support findings reported in the fall 2017 issue of Journal of Health Care Finance by Dr. Laura Lessard (University of Delaware) and Dr. Julie Solomon (J. Solomon Consulting, LLC). Through their research, Drs. Lessard and Solomon found that while medical debt is linked to poor social outcomes and decreased access to care, offering patients payment plans that allow them to pay their medical bills in a timely but not overly-burdensome manner could lead to public health benefits as well as support the financial wellbeing of hospitals.

Lessard and Solomon reported that patients with access to flexible, zero-percent interest payment plans for their medical bills were less likely to avoid a doctor or clinic visit because of the cost than the general patient population (30 percent vs. 41 percent) and skipped recommended medical tests, treatments or follow up at lower rates (33 percent vs. 38 percent). Patients with access to payment plans also reported improved social outcomes – while 26.5 percent of the general patient population reported being unable to pay for necessities like food or heat due to their medical bills in the last two years, 14.4 percent of patients with payment plans did.

The email survey was conducted by 20|20 on behalf of CarePayment with a sample of 1,000 adults from November 20 – December 8, 2017. Of the respondents, 43% have health insurance through their employer, 25% have Medicare and 16% reported being insured through a family member.

Nearly one-quarter (23 percent) reported an annual deductible of between $2,500-$5,000, while 52 percent of total respondents reported a deductible of over $1,000. An additional 11 percent responded that they did not know what their deductible was. 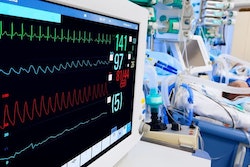 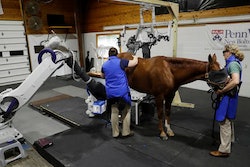 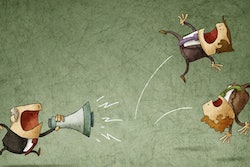