LACEY TOWNSHIP, N.J. (AP) — The oldest nuclear power plant in the United States will shut down in October, more than a year ahead of schedule.

Chicago-based Exelon Generation says the Oyster Creek plant in Lacey Township, New Jersey, will close this fall. It had a deadline of Dec. 31, 2019, under an agreement with state authorities.

The company says it is becoming too costly to operate the plant amid low power prices. In a release announcing the early shutdown, Exelon said the new timetable will help it "better manage resources as fuel and maintenance costs continue to rise amid historically low power prices."

Bryan Hanson, Exelon's president and chief nuclear officer, said the company will offer jobs to all 500 Oyster Creek workers elsewhere in the company.

"I want to thank the thousands of men and women who helped operate Oyster Creek Generating Station safely for the past half-century, providing generations of New Jersey families and businesses with clean, reliable electricity," he said. "We thank our neighbors for the privilege of allowing us to serve New Jersey for almost 50 years."

But Oyster Creek's original license was granted first, making it the oldest of the nation's commercial nuclear reactors that are still operating.

The company reached a deal with New Jersey's Republican Gov. Chris Christie in 2010 to shut the plant down 10 years earlier than normal in return for not having to build costly cooling towers at the plant site in the Forked River section of Lacey Township, near the Jersey shore.

Environmentalists have long faulted the warmer-than-normal water that exits from the plant with harming or killing marine life in the fragile Barnegat Bay. The company says it has taken many costly steps to protect the environment and operate the plant safely.

"It should have closed a long time ago," said Jeff Tittel, director of the New Jersey Sierra Club. "This is the oldest nuclear plant in the country and it's falling apart. It leaks radioactive tritium, has problems with storage, and erosion with containment vessels, among other issues. This plant was a disaster waiting to happen, so it's vital for our coast that it's closing early. This plant is a dinosaur and it's good that's its going extinct."

The Nuclear Regulatory Commission granted Oyster Creek a new 20-year license in April 2009, rejecting criticism from a coalition of residents and environmental groups that the plant was too old and degraded to operate safely for another two decades.

The opposition centered on corrosion to the plant's drywell shield, a metal enclosure that keeps superheated radioactive steam within a containment building around the reactor.

The NRC, which governs the industry, had determined the shield is safe despite previous water leaks that caused rust to eat away parts of it.

Exelon had applied a strong coating material to the liner and removed a sand bed at the base of the reactor that was found to hold moisture. 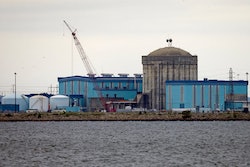 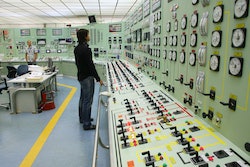 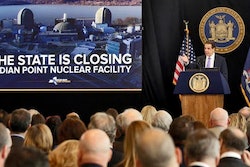