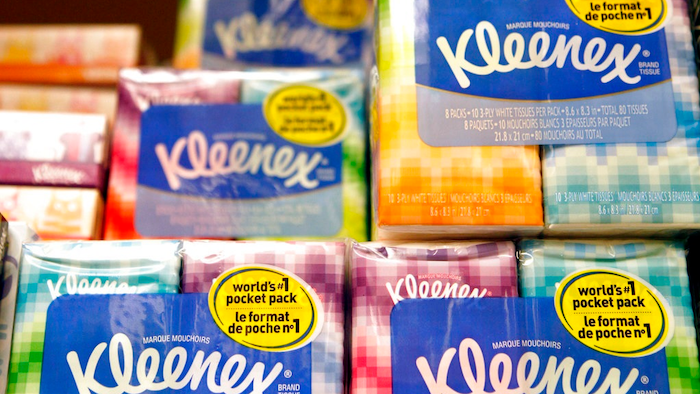 This Jan. 20, 2011, file photo shows packages of Kleenex tissues, a Kimberly Clark brand, at a store in San Francisco. Kimberly-Clark is cutting 5,000 to 5,500 jobs, or 12 percent to 13 percent of its workforce, as the consumer products company tries to lower costs.
AP Photo/Jeff Chiu, File

The Huggies and Kleenex maker said Tuesday that it plans to close or sell about 10 manufacturing plants while expanding production elsewhere. It's also looking to exit or sell some low-margin businesses that make up approximately 1 percent of company sales.

The company did not say where the job cuts would take place.

Kimberly-Clark Corp., based in Dallas, anticipates pre-tax savings of $500 million to $550 million by the end of 2021. It foresees total pre-tax restructuring charges in a range of $1.7 billion to $1.9 billion.

The company also reported mixed fourth-quarter results on Tuesday. Its adjusted profit of $1.57 per share was 3 cents better than what analysts polled by Zacks Investment Research predicted. But revenue of $4.58 billion was slightly below Wall Street's expectations.

Kimberly-Clark's annual sales declined for the three-year period between 2013 and 2016, according to FactSet. But annual sales rose slightly in 2017 from the prior-year period.

The company is looking to save more than $1.5 billion between 2018 and 2021 as part of its ongoing cost-savings program.