Some Production Resumes After Fire at Plant

A fire at a plant destroyed one-third of the factory. 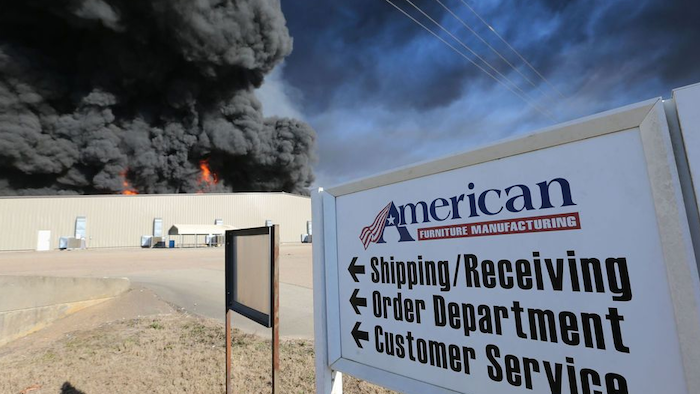 ECRU, Miss. (AP) — American Furniture Manufacturing is resuming some production after a fire at a plant destroyed one-third of the factory.

American Furniture Manufacturing said in a Facebook post that the company is moving faster than expected and that its Plant 2 Motion-Recliner plant will be starting production Tuesday.

The Northeast Mississippi Daily Journal reports that the motion and recliner production lines, as well as the main offices, were not damaged in the Friday blaze. However, some 50,000 pieces of furniture that had been made were destroyed.

American Furniture Manufacturing President Randy Spak has said that the fire was not as bad as one that occurred at the plant a decade ago.