PolyMet would be the first copper-nickel mine in Minnesota, with supporters touting the jobs it would create.

"It's a major milestone for the project," Brad Moore, PolyMet Mining Corp.'s executive vice president for environmental and governmental affairs, told The Associated Press. "We've been through over 10 years of environmental review and permitting to get to this point."

PolyMet would be the first copper-nickel mine in Minnesota, with supporters touting the jobs it would create. Environmentalists have warned the mining could leach sulfuric acid and other toxic chemicals into a watershed that leads to Lake Superior, and the draft permit is one of their last chances to block or change it short of court challenges.

The draft "permit to mine" includes a requirement that PolyMet provide a large financial assurances package to protect taxpayers if the company goes bankrupt from having to cover the costs of closing and cleaning up the mine. It also includes a wetland replacement plan.

The public comment period runs through March 6, with public meetings Feb. 7 in Aurora and Feb. 8 in Duluth — both likely to be packed with supporters and opponents. The meetings will cover both the permit to mine, which needs approval from the Department of Natural Resources, and air and water permits that PolyMet will need from the Minnesota Pollution Control Agency.

Under the financial assurances package, Canada-based PolyMet will have to provide about $588 million for the year the mine begins operating. But that figure would be adjusted annually. The DNR has projected that PolyMet will need to put up just over $1 billion in assurances by the mine's 11th year of operation, with the need declining to a $580 million trust fund by the time the mine closes after 20 years that would cover wastewater treatment costs, potentially indefinitely.

Anglo-Swiss commodities giant Glencore PLC owns close to a third of PolyMet and has been its leading financier.

PolyMet includes a mine site near Babbit and a processing plant near Hoyt Lakes. It's separate from a proposed Twin Metals mine near Ely, owned by Chilean mining group Antofagasta. Twin Metals got a new lease on life late last month when the Trump administration reversed an Obama administration decision and agreed to renew the federal mineral rights leases that it needs. That mine is still in the planning stages.

The argument against both projects is that the vast but untapped reserves of copper, nickel and precious metals under northeastern Minnesota are bound up in sulfide minerals that can leach sulfuric acid and other toxic chemicals when exposed to air and water. An added argument against Twin Metals is that the mine would sit in a watershed that flows into the pristine Boundary Waters Canoe Area Wilderness.

Democratic Gov. Mark Dayton threw his support behind PolyMet in October but has opposed Twin Metals because of the risk to the Boundary Waters.

Both companies say they can mine without harming the environment while bringing hundreds of good jobs and economic diversity to a corner of the state that historically has been subject to the ups and downs of the iron mining and forest product industries. 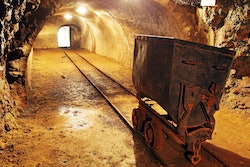 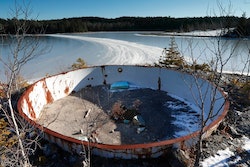