The affected fuel assembly will be removed during the plant's next refueling outage. 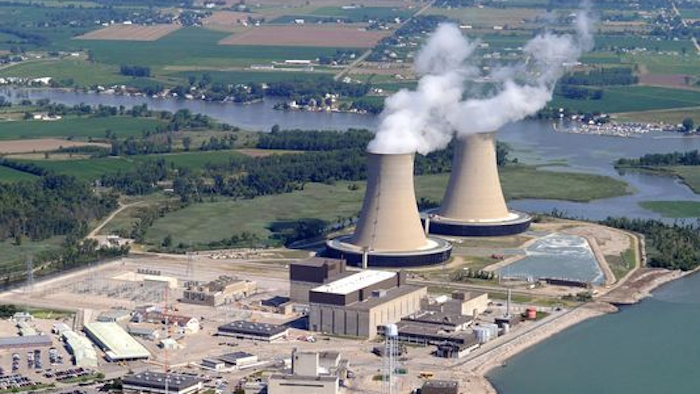 The Fermi 2 nuclear power plant in Newport, Mich., is on the western shore of Lake Erie in Monroe County.
DTE Energy

FRENCHTOWN TOWNSHIP, Mich. (AP) — An official says a minor defect in a fuel assembly has been found in the reactor at Fermi 2 nuclear power plant in southeastern Michigan.

DTE Energy Co. spokesman John Austerberry tells the Monroe News that the plant operated at reduced power from Friday night until Monday evening so the potential defect could be located. He says the plant "remains in a safe, stable condition."

Austerberry says the issue was found during routine monitoring. He says the affected fuel assembly will be removed during the plant's next refueling outage.

The Detroit-based utility's plant is located along Lake Erie in Monroe County's Frenchtown Township, near Michigan's border with Ohio.