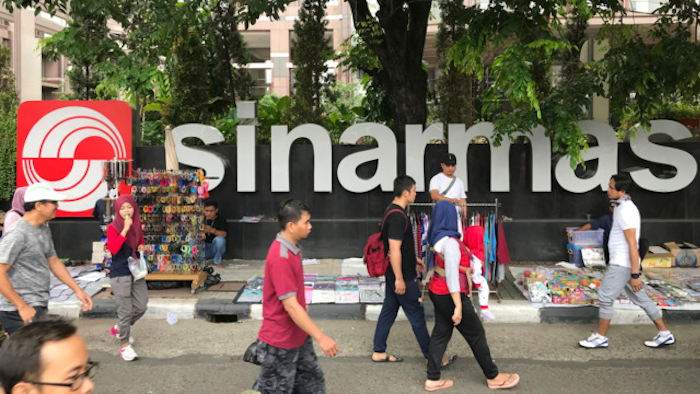 In response to the allegations made in the article, APP issued the following response, run in its entirety:

In recent days, The Associated Press (AP) through several articles made serious and unsubstantiated allegations against Asia Pulp & Paper (APP).

These allegations call into question the serious efforts we have made on our 5-year journey in implementing our Forest Conservation Policy (FCP) and towards our Sustainability Roadmap Vision 2020. The articles also insinuate that our efforts are less than sincere.

These allegations are false and malicious, and we strongly refute them.

The first theme purports that APP has deliberately used various ownership structures for the purposes of systematically avoiding our sustainability commitments. This allegation is made without proof or logic. As stated clearly in previous statements, all APP suppliers are held to the same high standards, regardless of ownership. We therefore cannot understand how the ownership structures weaken our sustainability commitments.

Through our partnership with a supplier, which often includes offtake, financing, technical and procurement arrangements, we are able to implement our FCP and other policies. In fact, APP uses its relationship with its suppliers to go beyond the FCP to establish uniform policies across all 38 supplier concessions (and not just the 27 suppliers mentioned in the AP article).

Where there are breaches of these policies, APP can terminate the contracts of our suppliers. To guard the integrity of the FCP implementation, APP has a clear Grievance Procedure. Any concern or allegation of policy breach can be raised through this mechanism, which will involve an investigation and a public verification report. This is transparent.

The second theme is that APP deliberately kept concessions off the radar screen for the purposes of flouting our FCP commitments. Two examples were provided.

In the first, references were made to a potential supplier, Bangun Rimba Sejahtera (BRS), in the Bangka Belitung island chain. It is insinuated that APP “plans” to flout our commitment to obtain Free, Prior and Informed Consent (FPIC) from local communities. We do not know where this conclusion comes from. While it is true APP has carried out an evaluation of the supplier, we understand that BRS has yet to commence land preparation or planting activity.

It is still in the process of engaging the community to obtain FPIC. APP will not approve sourcing from this supplier unless this is done.

In the second, references were also made to Muara Sungai Landak (MSL). It is insinuated that MSL is indirectly enabling APP to violate our zero-deforestation pledge. We can categorically state that MSL is not a supplier to APP and has no business relations with APP.

This is not the first time that accusations of this sort have been levelled against APP. In 2014, APP conducted a third-party assessment to dispel the notion that it had business relationships with non-compliant companies and the final reports found no wrongdoing on our part.

The stories published by AP fall far short of the high standards we would expect from an international media organization and as it has greatly damaged the reputation of APP, we will be in dialogue with AP to address our concerns above.