Key autonomous vehicle and electric vehicle teams are moving to the city where the company got its start. 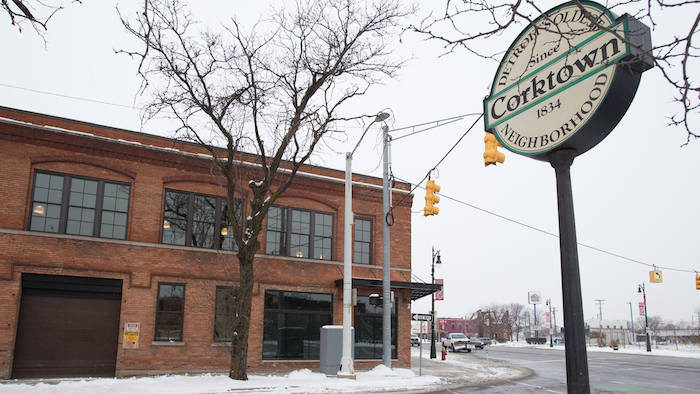 Ford will locate its autonomous vehicle and electric vehicle business and strategy teams, including Team Edison, in a 45,000-square-foot historic former factory in Detroit’s Corktown neighborhood; the relocation brings together Ford teams that are creating new business models in a resurgent, diverse neighborhood with industrial roots.
Ford

DETROIT – Ford Motor Company has revealed plans to move its key autonomous vehicle and electric vehicle business and strategy teams to the city where the company got its start.

Ford is moving the teams to a historic building known as The Factory – a recently refurbished industrial complex with a rich 110-year history – in Detroit’s Corktown neighborhood. The Motor City location, which will be up and running early next year, will enable Ford teams to immerse themselves in urban mobility challenges and solutions.

The Corktown location holds special meaning for Executive Chairman Bill Ford, whose ancestors emigrated from County Cork, Ireland, to the Dearborn, Michigan, area years ago. Corktown, Detroit’s oldest neighborhood, derives its name from immigrants from County Cork who settled there.

“Returning to Detroit is particularly meaningful, because it is where my great-grandfather originally set out to pursue his passion and where we have always called our home,” said Ford. “We are planting a special piece of our company’s future in one of the city’s great neighborhoods, because we believe in Detroit, its people and what we can build together.”

The move is more than a relocation – it’s a strategic decision aligned with a mission. The company is committed to helping improve the entire system of transporting people and goods, especially in cities facing major challenges such as congestion, pollution, accidents and other transportation issues that affect everything from productivity to quality of life.

The move to Detroit is both a nod toward the past and a bold look forward. It allows Ford to reaffirm its commitment to a city where its journey first began.

“Having these teams together in a dedicated facility in the heart of Detroit is truly a full-circle moment for Ford,” said Jim Farley, Ford executive vice president and president, global markets. “It’s such a conducive environment for sharing ideas, for collaboration, and for accelerating our electric vehicle efforts. We have such a great team, and we’ll be hearing more from them in the coming months.”

The team in Corktown will be led by Sherif Marakby, Ford vice president of autonomous vehicles and electrification. Marakby is a Ford veteran who first joined the company in 1990, leaving briefly for a stint in Silicon Valley.

Ford already has a variety of active partnerships related to the future of mobility. With Ford’s $1 billion investment in Argo AI, the company is advancing autonomous vehicle development by combining its autonomous vehicle expertise with Argo AI’s robotics experience and startup speed on artificial intelligence software.

Ford’s autonomous vehicle business is built around deploying self-driving vehicles in partnership with leading companies that serve the movement of both people and goods. Working with these partners, such as Lyft and Domino’s Pizza, Ford is conducting research and building out the infrastructure that will help in determining the design of the self-driving vehicle and the customer experience it will enable.

Planned for production beginning in 2021, Ford’s first autonomous vehicle is an all-new hybrid-electric vehicle with self-driving capability. It will be optimized to meet the needs of Ford’s partners to enhance and grow their business operations –  and to deliver the best experience for the people they serve. Key factors in design and performance are:

Building with a Storied History

Located at 1907 Michigan Avenue, the brick building complex that will house Ford’s autonomous and electric vehicle teams was constructed in 1907, the year planning began on the Ford Model T at the nearby Piquette Avenue plant.

The 45,000-square-foot building also has been home to the Chicago Hosiery and Detroit-Alaska Knitting Mills factories. It sits across from the site of historic Tiger Stadium.

With its high ceilings, exposed brick, hardwood floors and 9,000-square-foot garage, the space will afford employees both the collaborative openness of a modern workspace and the industrial authenticity of a turn-of-the-century manufacturing facility.

Bankrupt Detroit Reborn at a Cost