Production of machinery and primary metals contributed to the gains. 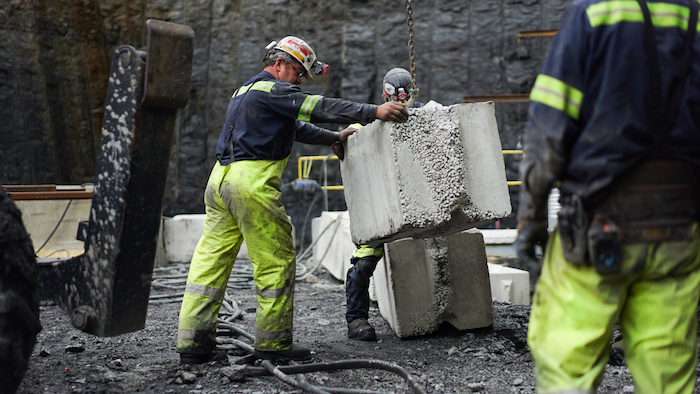 In this Wednesday, June 7, 2017, file photo, a worker lowers a concrete block at the site of a new coal mine in Friedens, Pa. On Friday, Dec. 15, 2017, the Federal Reserve said mining activity climbed 2 percent in November, while manufacturing activity rose 0.2 percent.
AP Photo/Dake Kang, File

WASHINGTON (AP) — U.S. industrial production rose 0.2 percent in November due to a rebound in extracting oil and natural gas after a stoppage due to Hurricane Nate.

During the past 12 months, total industrial production has increased 3.4 percent. The growth reflects in part energy prices that have climbed to levels that are encouraging more production. Manufacturers are also showing signs of strength after having overcome a slowdown from two years ago when falling energy prices hurt orders and a strengthening dollar made U.S. exports less competitive.

Factories are using now more of their capacity and hiring more workers. The Fed's measure of capacity utilization at factories has risen to 76.4 percent from 75.1 percent a year ago. Manufacturers have also added 189,000 jobs over the past year, according the employment report released last week.

Still, the speed of the manufacturing expansion may be slowing somewhat.

The Institute for Supply Management said its index of factory activity declined to 58.2 last month from 58.7 in October. This suggests that manufacturing activity will continue to increase, just not as briskly as before. Any reading above 50 is evidence of growth.

Separately, The Commerce Department noted that orders for durable goods tumbled 1.2 percent in October after gains in the prior two months.