It was a million tons of chargers alone. 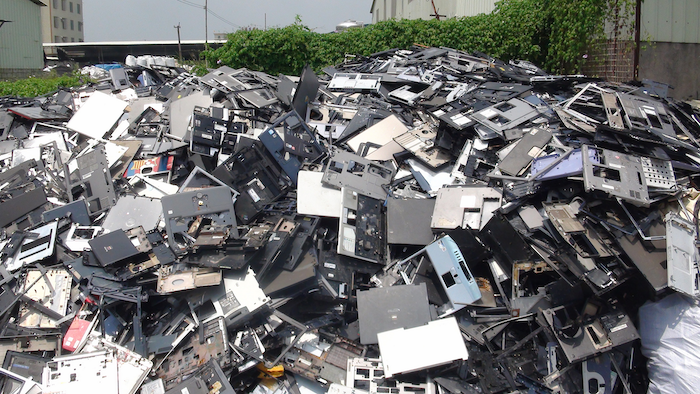 BERLIN (AP) — A new study claims 44.7 million metric tons (49.3 million tons) of TV sets, refrigerators, cellphones and other electrical good were discarded last year, with only a fifth recycled to recover the valuable raw materials inside.

The U.N.-backed study published Wednesday calculates that the amount of e-waste thrown away in 2016 included a million tons of chargers alone.

The U.S. accounted for 6.3 million metric tons, partly due to the fact that the American market for heavy goods is saturated.

The study says all the gold, silver, copper and other valuable materials would have been worth $55 billion had they been recovered.

The authors of the Global E-waste Monitor predict that e-waste, defined as anything with a battery or a cord, will increase to 52.2 million metric tons by 2021.

World’s Largest Scrap Importer is Cleaning Up Its Act