The appetite for mergers and acquisitions remains near a record high. 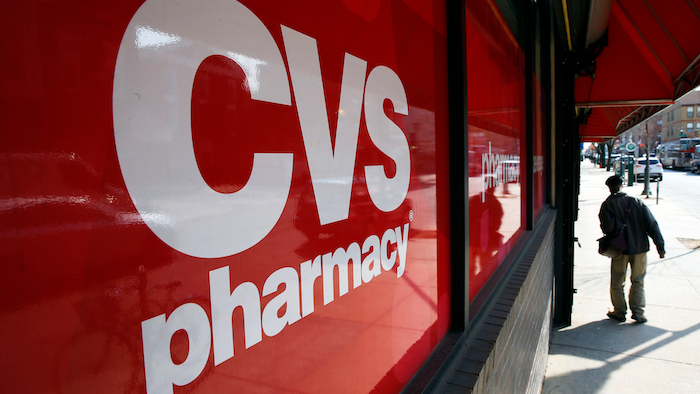 This March 25, 2014, file photo shows a CVS store and pharmacy in Philadelphia. According to a Thursday, Oct. 26, 2017 report in The Wall Street Journal., the drugstore chain is in talks to buy Aetna, the nation’s third-largest insurer. Analysts say such a deal would create a health colossus that can reach deeper into the average customer’s life to manage care and cut costs.
AP Photo/Matt Rourke, File

LONDON (AP) — The appetite for mergers and acquisitions remains near a record high as firms try to adapt to fast technological changes and despite a welter of geopolitical concerns, a survey of executives found Monday.

In its half-yearly report of mergers and acquisitions, or M&A, consulting firm EY found that 56 percent of firms are planning a deal within the next 12 months. That's unchanged from the previous survey in April but way above the survey's long-run average.

The survey shows that the high degree of potential M&A activity runs parallel to rising expectations over the state of the world economy, with all major economies growing in sync. A staggering 99 percent of global executives believe the M&A market will improve or remain stable this year.

Since a lull following the global financial crisis, when firms opted for a safety-first approach, M&A has become increasingly popular, with many companies opting to use their cash reserves to make deals, particularly in the field of financial technology.

Among the big deals announced this year are Johnson & Johnson's $30 billion takeover of Swiss pharmaceutical firm Actelion and United Technologies' plan to buy Rockwell Collins for about $23 billion. Other high-profile deals include Amazon's $14 billion takeover of Whole Foods and Gilead's $12 billion acquisition of Kite Pharma. Meanwhile, U.S. drugstore chain CVS Health Corp. is reportedly in talks to buy the country's third-largest health insurer, Aetna Inc., in a deal that could be worth more than $60 billion.

One particularly bright spot in both the global economy and in M&A is the 19-country eurozone, where the economy has gained momentum as concerns waned over the bloc's future following years of crisis.

Steve Krouskos, EY's global head of transactions, said the main motivation behind the high interest in deals is the need for firms to equip themselves for the future, particularly in digital technologies, which are forcing rapid change in many sectors. That means a large proportion of deals will be smaller-scale in nature and not the blockbuster ones.

"Deals are a necessary part of the tool-kit," Krouskos said.

He added that the need to adapt to technological innovation "over-rides geopolitical concerns," which range from worries over North Korea's nuclear ambitions to President Donald Trump's intentions to renegotiate trade deals and Britain's upcoming exit from the European Union.

The survey, which was based on interviews with nearly 3,000 executives across 43 countries and across sectors, also found that half of companies expect private equity to become more involved in M&A.

"The resurgence of private equity could be the biggest M&A story over the next 12 months, with corporates being challenged for assets much more aggressively than during the past five years," said Krouskos.

Private equity, he added, is "set to take an even bigger role at the deal table."