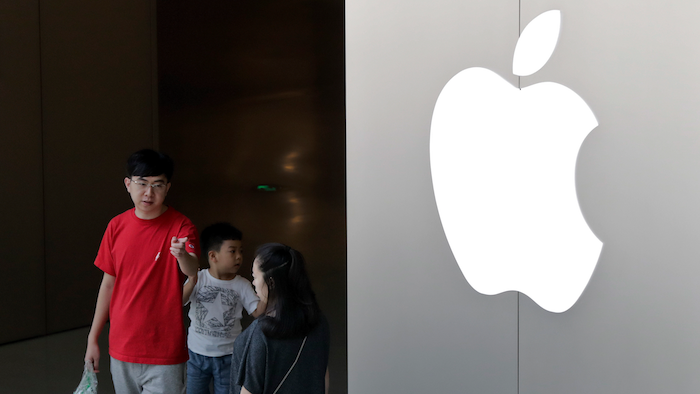 In this July 30, 2017, file photo, a Chinese family walks out of an Apple store in Beijing. Hundreds of workers protested Wednesday night, Oct. 18, 2017, over bonuses promised through labor brokers who recruited them to work at Jabil Inc.'s Green Point factory, an Apple supplier, in Wuxi city in southern China, according to witnesses.
AP Photo/Andy Wong, File

SHANGHAI (AP) — Apple Inc. says it will investigate underpayment of bonuses after workers staged a night protest at an iPhone supplier in eastern China.

Apple said Thursday it will require Jabil to survey employees and "create an action plan" to ensure promised bonuses get paid.

Apple has been publishing the names of its top suppliers since 2012. It ramped up supply chain oversight following negative reports about worker suicides and factory explosions.