What happened to Apple's streak of world-changing products? 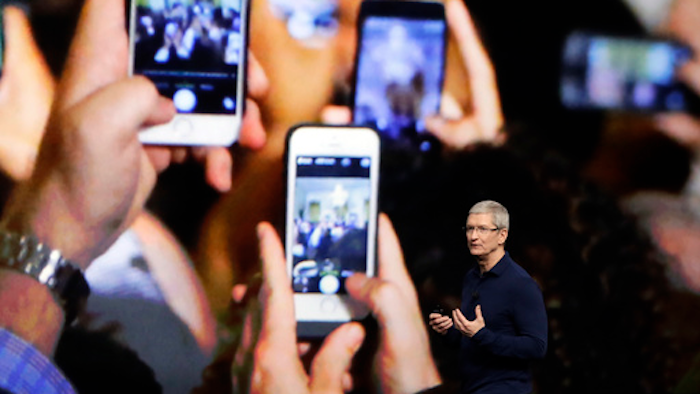 Apple still hasn’t shown any sign of being able to duplicate its late founder Steve Jobs’ knack for game-changing innovation, but that isn’t stopping the world’s most valuable company from reaching new heights. The main reason: Before Jobs died in 2011, he left behind the iPhone, a product with such a devout following that it’s expected to generate billions of dollars in profit for the foreseeable future even if the company isn’t as clever as it once was.
AP Photo/Marcio Jose Sanchez

CUPERTINO, Calif. (AP) — The Apple of today hasn't yet shown much indication of emulating its co-founder Steve Jobs and his streak of world-changing products, but it's still proving a tough act to beat.

The main reason: Before Jobs died in 2011, he left behind the iPhone — a product with such a devout following that it will likely spin off billions in profit for the foreseeable future. Even if Apple fails to come up with "the next iPhone," whatever that might be.

True, Apple recently reported its first annual sales slump in 15 years and docked CEO Tim Cook's pay as a result. But stock-market sage Warren Buffett and other investors have been betting on Apple's continued success. Its shares are already up nearly 20 percent in the first two months of 2017, hitting record highs and boosting the company's market value to roughly $720 billion.

The recent gains helped keep shareholders in a mostly upbeat mood Tuesday during Apple's annual meeting at its Cupertino, California, headquarters. It was the final meeting on this Silicon Valley campus; Apple is preparing to move its headquarters to a nearby 175-acre site anchored by a spaceship-shaped building glistening in curved glass.

That 2.8-million-square-foot office, the last major project hatched by Jobs, may have stirred more buzz and anticipation than just about any product that Apple has released since Cook took the helm in August 2011.

The Apple Watch, the only new device introduced during Cook's reign, is the world's best-selling smartwatch. Unfortunately, smartwatches just haven't captured the public imagination the way the iPod, iPhone and iPad did during the decade leading up to Jobs' death in 2011.

Now online music steaming is turning the iPod into a relic, and the iPad's sales have fallen for the past three years.

Those challenges prompted one shareholder speaking at Tuesday's annual meeting to question whether Apple is losing its innovative touch. He said the company seemed to be doing a better job of "financial engineering" — for instance, spending $47 billion buying back stock and paying shareholder dividends — than it is in coming up with new product ideas.

Cook wasn't on stage at the time that point was raised, but later in the meeting he pointed out that Apple still generates nearly 40 percent of its revenue from products other than the iPhone. "All of these are essential to Apple's growth," Cook said.

But nothing is more fruitful than the iPhone, even though Apple has offered only relatively minor upgrades and changes to the device since 2014, when it first released a model with a larger screen. That stasis has also taken its toll. Many users found no compelling reason to trade in their older models, and iPhone sales fell last year for the first time since its introduction in 2007.

Apple reversed that trend in its most recent quarter, if only barely. Analysts expect sales to accelerate this fall, predicting that Apple will unveil a souped-up — and more expensive — iPhone to celebrate the device's 10-year anniversary, spurring a "super cycle" of buying.

Still, it's increasingly difficult to get consumers excited about smartphones. These modern slabs of glass and metal are all pretty much capable of doing just about everything that people want, says analyst Jan Dawson of Jackdaw Research.

"You get to the point in any consumer electronics category where things just becoming good enough and the upgrades start to feel a lot less dramatic," Dawson says.

Even if they aren't buying new models as frequently as they once did, iPhone owners tend to be fiercely loyal to the brand. When they do get around buying a replacement, they usually stick with Apple, whose "ecosystem" of apps and services tied to the iPhone makes switching especially painful. (Google is now trying to do much the same thing with Android-based phones.)

What's more, iPhone fans tend to have higher incomes, allowing them to spend more on apps and services such as Apple's music subscription service. Apple typically collects a commission ranging from 15 percent to 30 percent of sales from apps sold in its store — the only way to reach the vast majority of iPhone users.

The formula is turning the app store into Apple's fastest growing business. Services revenue rose more than 20 percent last year to $24.3 billion. Within the next four years, Apple believes its service revenue will double to nearly $50 billion — an amount that would almost rank that business among the 50 largest U.S. companies.

"Investors need not rely on Apple for all the innovation to drive the model forward," Macquarie Securities analyst Ben Schachter recently wrote about the app store. "If someone creates a game in their parents' garage in Taipei or if GE revolutionizes health care with an app, Apple can benefit."