Monarch's collapse represents the biggest ever failure of a British airline.

LONDON (AP) — British authorities are scrambling to bring home 110,000 travelers after Monarch Airlines collapsed Monday, cancelling all flights by what had been Britain's fifth biggest carrier with 2,100 employees.

The Civil Aviation Authority said it has leased 30 aircraft to transport Monarch customers scattered around holiday destinations ranging from Turkey to Spain and Sweden. Flights will be provided at no additional cost to passengers.

"This is a hugely distressing situation for British holidaymakers abroad, and my first priority is to help them get back to the U.K.," Transport Secretary Chris Grayling said in a statement. "That is why I have immediately ordered the country's biggest ever peacetime repatriation to fly about 110,000 passengers who could otherwise have been left stranded."

Monarch ceased operations after failing to reach a deal with regulators to extend the company's license to sell package holidays to overseas destinations. Monarch Chief Executive Andrew Swaffield said the airline's troubles stemmed from recent terror attacks in Egypt and Tunisia and the "decimation" of the tourist trade in Turkey.

The airline had tried to pivot from short-haul flights to long-haul travel to reduce losses as consumers shied away from Middle Eastern and North African destinations after the June 2015 attack on tourists at a resort in Tunisia, the bombing of a Russian airliner that had taken off from Sharm el-Sheikh, Egypt, a few months later and the attempted coup in Turkey in 2016.

The CAA is advising Monarch customers who are trying to get home from abroad to visit the agency's website for information about their flights. Passengers who were preparing to leave the U.K. on Monarch flights should not go to the airport.

"The scale and challenge of this operation means that some disruption is inevitable," agency CEO Andrew Haines said. "We ask customers to bear with us as we work around the clock to bring everyone home."

Monarch's collapse represents the biggest ever failure of a British airline.

KPMG partner Blair Nimmo said administrators are now considering breaking up the company as no buyer has been found to purchase Monarch in its entirety. Counting the airline and tour operator business, the company had 2,100 employees.

"All future holidays and flights provided by these companies have been cancelled and are no longer operating," the company said. 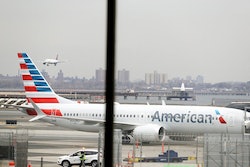 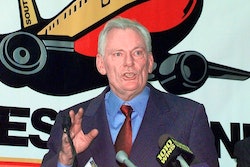 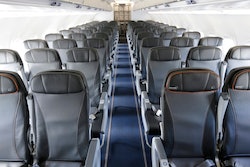