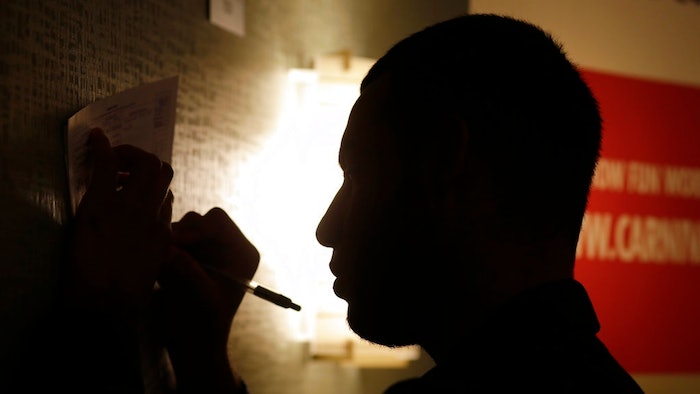 In this Tuesday, July 19, 2016, file photo, a man fills out a job application at a job fair, in Miami Lakes, Fla. On Thursday, Sept. 21, 2017, the Labor Department reports on the number of people who applied for unemployment benefits the week before.
AP Photo/Lynne Sladky, File

WASHINGTON (AP) — The number of Americans seeking unemployment benefits dropped by 23,000 last week to 259,000 as the economic impact of Hurricane Harvey began to fade.

THE NUMBERS: The Labor Department said Thursday that the less-volatile four-week average rose by 6,000 to 268,750. Overall, nearly 2 million Americans are collecting jobless aid, down almost 6 percent from a year ago.

THE TAKEAWAY: In early September, jobless claims shot up by the most in five years as Harvey battered Texas. But last week claims in Texas fell 45 percent as more people returned to work. Hurricane Irma continued to have an impact on the job market in Florida, where claims more than doubled from the previous week.

Despite the weather shocks, claims nationwide remain low by historic standards. New weekly claims have remained below 300,000 for the longest stretch going back to 1970.

Claims are a proxy for layoffs, and most employers are confident enough to be holding onto staff. Unemployment is near a 16-year low at 4.4 percent. Employers are adding an average 176,000 jobs a month so far in 2017, down from 187,000 last year and 226,000 in 2015. Some businesses say the job market is so tight that they can't find workers to fill job openings.