It's one of the largest coal-fired power plants in the Western U.S.

Matthew Brown
This Sept. 30, 2014 photo shows the Colstrip Steam Electric Station in Colstrip, Mont. The operator of one of the largest coal-fired power plants in the Western U.S. intends to keep running the 2,100-megawatt plant in an abrupt course reversal from last year's declaration that a new operator would be needed by mid-2018. The co-owners of the Colstrip Generating Station have decided Pennsylvania-based Talen Energy will keep running the southeastern Montana plant for the foreseeable future, Talen spokesman Todd Martin said Wednesday Aug. 9, 2017.
AP Photo/Matthew Brown, File

BILLINGS, Mont. (AP) — The operator of one of the largest coal-fired power plants in the Western U.S. plans to keep running the 2,100-megawatt plant, a spokesman said Wednesday, in an abrupt reversal from its declaration last year that a new operator would be needed by mid-2018.

Martin did not give a reason for the reversal, which was first reported by the Billings Gazette based on interviews with representatives of other utilities involved in the plant.

The move came as the coal industry has received a political boost from the administration of President Donald Trump following a protracted decline.

Talen executives asserted last year that the plant was no longer economically viable. A company lobbyist told lawmakers in March that it was losing about $30 million annually on the plant surrounded by several mines and cattle ranches in the small town of Colstrip near the Northern Cheyenne Indian Reservation.

Montana lawmakers this year approved a measure allowing Talen to borrow up to $10 million annually to keep Colstrip fully operational until 2022. The unprecedented arrangement was intended to prop up the plant as coal-plant closures sweep through the utility industry.

But to date no such loan has been sought, said David Ewer with the Montana Board of Investments. Talen has made no contact with the agency since Gov. Steve Bullock signed the loan measure in May, he said.

Two of Colstrip's four power-generating units are scheduled to shut down in mid-2022, under a legal settlement with conservation groups aimed at resolving a lawsuit over decades of pollution from the plant.

Despite the political backing coal is getting from the Trump administration, experts say the industry's long-term decline likely will continue.

Concerns over climate change emissions, low natural gas prices and declining costs for renewable energy from wind and solar have spurred electric utilities nationwide to shift away from burning coal. 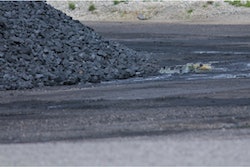 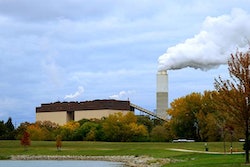 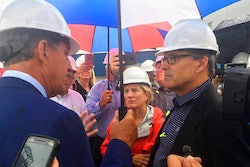