Owners sued for $63 million after a whistleblower alleged contractors who built the 72,000-square foot house had skimped on a concrete component.

SPRINGFIELD, Mo. (AP) — The owner of a 72,000-square-foot (6690-sq. meter), five-story mansion in southwestern Missouri has settled a lawsuit against the supplier of concrete used to build the 13-bedroom castle-style behemoth.

The July 21 settlement avoided a jury trial that was scheduled to have begun Monday in Springfield in the lawsuit by the family of astrophysicist Steven Huff against Kansas-based Monarch Cement Co. and subsidiary City Wide Construction Products, The Kansas City Star reported . The deal's terms were not disclosed.

Huff sued in May 2015 for $63 million after a whistleblower alleged contractors who built Chateau Pensmore in Christian County had skimped on a concrete component called helix — fine, twisted strands of high-tensile wire that makes concrete less vulnerable to wind and explosions. Walls reinforced with helix bend rather than break, then flex back into place.

The lawsuit claimed the concrete companies drove helix meant for the all-concrete mansion to storage to be sold for other projects, rather than mixing a full measure of the component into cement.

Monarch Cement and City Wide Construction have denied those allegations.

The 14-bathroom mansion, which was completed in 2016 after seven years of construction, has exterior walls 12 inches thick and is designed to survive earthquakes, tornadoes and even a bomb blast. Huff told the Star in 2015 that the house should stand for 2,000 years.

Messages left Tuesday by The Associated Press with the companies' attorneys were not immediately returned. 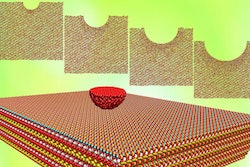 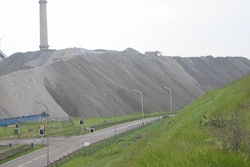 Can You Make Cement Out of Steel Slag?