Now Tulsa is scrambling to make patchwork repairs to its decimated grid, opting for a quick fix to appease frustrated motorists, including 48-year-old resident Bill White, who says broken streetlights could become a liability for the city and a hazard for drivers, not to mention an eyesore.

"If I'm visiting the city from the airport, what's going to be my first impression?" White said. "Am I still in the country?"

Copper thieves have pillaged lighting grids in cities large and small across the nation, causing municipal budgets to skyrocket. Law enforcement agencies estimated that the copper theft racket was costing cities $1 billion a year. At peak demand, copper went for around $4 per pound; it fetches about half that now. Scrap aluminum hovers around 40 cents.

The lighting dilemma in Tulsa also tells the larger story of the country's deteriorating infrastructure due to decades of neglect, deferred maintenance and unwillingness by officials to make tough funding decisions. Many bridges and overpasses are obsolete; roads are pocked with potholes; sewer systems are time bombs. Some federal officials estimated it would take about $1 trillion to fix the mess.

"Tulsa has the problem that almost every city in the country has: Their maintenance costs are outside what they can afford, so they're making piecemeal repairs just because of the cash flow," said Sean Crotty, an assistant professor of geography at Texas Christian University.

Cities that can afford more expensive solutions have overhauled their lighting grids with solar or LED technology. Last year, Detroit completed a $185 million conversion of its archaic streetlight system to LED — light-emitting diode — after emerging from bankruptcy. The cost of an LED overhaul, though, could get "staggeringly expensive," explained Crotty, referencing San Diego as one example.

"Just the pole itself on a highway is a shocking, expensive thing: $60,000 per post," said Crotty, who's also a faculty member in the university's Center for Urban Studies.

In an effort to switch most of the lights back on by December, the city is using cheaper, less-durable aluminum wiring instead of more reliable copper and gambling that theft-deterrent doors and stickers affixed to light poles exclaiming in English and Spanish, "We Use Aluminum Wire" will be enough to thwart would-be criminals.

But what the state's second-largest city is looking to save for the sake of convenience and immediacy could end up throwing its streetlight grid into chaos again, city officials and urban designers say.

"Even with aluminum, really, as long as these materials remain valuable, there's no magic bullet," said Terry Ball, the director of Tulsa's streets and storm water department, which began tracking the thefts in 2014. "There's no one approach you can take."

There's also no guarantee how long aluminum wiring will hold up, especially given Oklahoma's wild weather swings. Many of the light poles themselves date to the 1960s and 1970s. One industry group says copper is still the better option, even if it costs more.

"Copper is the standard conductor metal against which all other conductor materials are measured," said Thomas Passek, the president of the Copper Development Association Inc. "Although first-time cost may favor other materials, municipalities should consider the total cost of ownership."

But in these dire budget times, Tulsa's mayor, G.T. Bynum, said his city of about 400,000 people has little choice but to go with "the least expensive, still expensive option" to the tune of around $3 million.

Ilyas Bhatti, an associate professor of design and construction management at the Wentworth Institute of Technology in Boston, said cities such as Tulsa run the risk of having "the same problems, trading one precious metal for another metal."

"To some, (criminals) may think (aluminum) is silver" when they cut the line," Bhatti said.

In Tulsa, which allocates only $68,000 a year for streetlight repairs, the cost to outfit its 6,000 or so lights with LED would be somewhere between $12 million and $15 million, said Tracy Nyholm, the traffic operations planning manager.

Ball, the streets and storm water department director, said the only way the city will be able to afford better technology is through a sales tax, bond package or grant. And even then, those options could be at least five or more years off, he said.

Until then, Tulsa is gambling on a quick fix and hoping cheaper options come along sooner than later.

"The thing when you get into electronics, you buy it one day and the next day, it's obsolete," Ball said. "Two years from now, there may be a whole new light bulb we don't even know about." 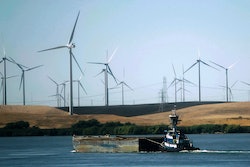 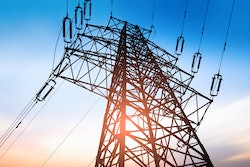 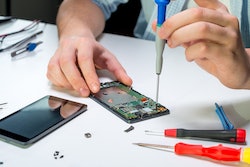