Boeing beat out Airbus in the race for orders at this year's Paris Air Show.

Associated Press
A Boing 737 MAX 9 performs his demonstration flight at Paris Air Show, in Le Bourget, east of Paris, France, Tuesday, June 20, 2017 in Paris. Aviation professionals and spectators are expected at this week's Paris Air Show, coming in, in a thousands from around the world to make business deals.
AP Photo/Michel Euler

PARIS (AP) — Boeing flew past Airbus in the race for plane orders at this year's Paris Air Show, thanks to a surge in interest in the newest version of the 737.

High interest from Asian and Iranian airlines notably boosted sales for both plane makers, dispelling some concerns of slumping demand.

Most of the sales were of single-aisle jets that are the workhorses of global aviation, particularly Boeing's 737 Max series and Airbus A320neo range.

Airbus won a late boost from two big orders from Iran, which is expanding its aviation industry after years of sanctions. 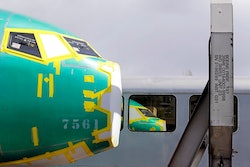 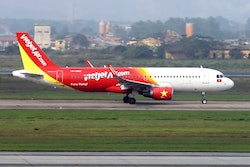 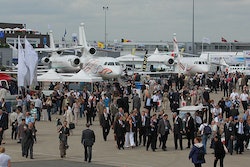