General Motors announced in March it would unload Opel and its Vauxhall brand for $2.3 billion after losing money in Europe for years.

David McHugh
In this April 23, 2014 file photo Karl-Thomas Neumann, Chairman of the Board of Opel AG, delivers a speech during the presentation of the three millionth car in the German car company Opel Eisenach GmbH in Eisenach, Germany. Neumann, has stepped down amid the company’s sale to PSA of France. He has been replaced by the chief financial officer, Michael Lohscheller.
AP Photo/Jens Meyer, file

FRANKFURT, Germany (AP) — The CEO of General Motors' European subsidiary, Opel, is stepping down ahead of the money-losing unit's sale to France's PSA Group.

Adam Opel GmbH said in a statement Monday that Karl-Thomas Neumann is leaving his post as CEO immediately. He will remain a member of top Opel management until the sale to PSA Group goes through.

The company said Lohscheller's appointment would "ensure continuity" and a "seamless managerial transition" as Opel builds a new strategic plan for its future under PSA Group ownership.

General Motors announced in March it would unload Opel and its Vauxhall brand for $2.3 billion after losing money in Europe for years. The deal will make PSA, which makes Peugeot and Citroen cars, the No. 2 European automaker after Volkswagen.

"It was a difficult personal decision not to continue with the Opel/Vauxhall team when it transitions to Groupe PSA," Neumann said in the company statement. "I am committed to completing this transaction and will then take some time to decide what is next for me." 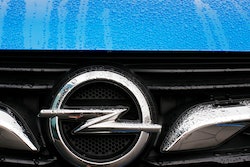 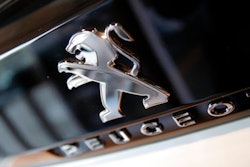 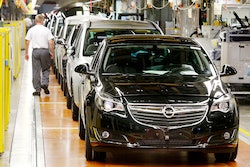