In a counterclaim, Nature's Bakery said Stewart-Haas Racing "could not control" driver Danica Patrick and allowed her to endorse products that rivaled its own. 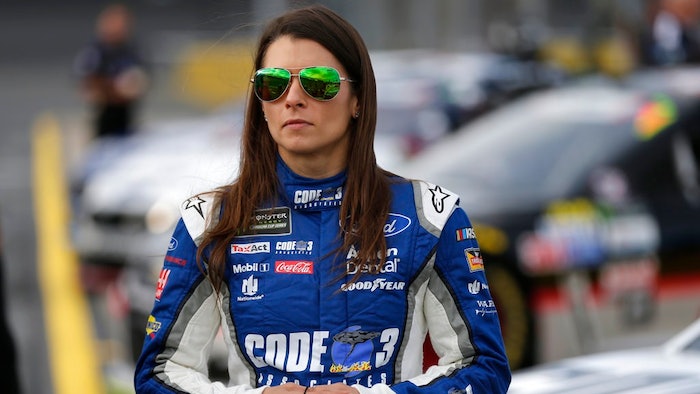 Stewart-Haas Racing and snack company Nature's Bakery have agreed to settle a $31 million breach-of-contract lawsuit the team had filed in a dispute with Danica Patrick's former sponsor.

The team said Friday that Nature's Bakery would serve as the primary sponsor for four NASCAR Cup Series races. They will be split between Patrick and teammate Clint Bowyer later this season.

Nature's Bakery severed its sponsorship agreement with Stewart-Haas and Patrick after the first year of a three-year deal. The team responded by filing the lawsuit in which it accused the company of cash-flow issues and concocting reasons for pulling out of the multimillion-dollar deal.

In a counterclaim filed shortly before the Daytona 500, Nature's Bakery said Stewart-Haas Racing "could not control" Patrick and allowed her to endorse products that rivaled its own.

"It's gratifying to see a difficult situation get resolved in a professional manner that suits all parties," Stewart-Haas Racing president Brett Frood said. "Together, we worked diligently to find an equitable solution to our collective challenges."

Still, the litigation filed on behalf of both parties was particularly contentious.

Stewart-Haas claimed the snack company had recurring mold issues with its products, even stating its own employees had to remove spoiled bars from inventory earmarked for marketing efforts. The race team also said Nature's Bakery repeatedly asked for modified payment schedules and missed payments.

The company responded by stating it spent $15 million a year to be the exclusive on-the-go food sponsor for Patrick, whose healthy lifestyle appeared to fit its image perfectly. But other endorsements and social media posts for Six Star, home-made energy balls and other products meant Nature's Bakery would not receive the four times the return it had expected.

The company also said Stewart-Haas Racing rejected a settlement offer of $3.8 million for this year and $1.5 million for 2018, contingent that Nature's Bakery would receive the money back if the team sold sponsorship that would match the original contract.

"I am a longtime motorsports fan and, particularly, a fan of NASCAR," company founder Dave Marson said in a statement. "Our partnership with Stewart-Haas Racing began with direct, open conversations and that foundation allowed us to reach this agreement."

Patrick, who was not a party to the lawsuit or counterclaim, defended her support of Nature's Bakery. She also insisted that she never promoted rival products.