NASHVILLE, Tenn. (AP) — The National Labor Relations Board has filed another unfair labor practices complaint against Volkswagen for hiking health insurance premiums and changing working hours of employees who voted for union representation at the German automaker's only U.S. plant.

Volkswagen is in the midst of a legal challenge to NLRB rulings in favor of the small group of skilled-trades workers at the plant in Tennessee who voted in 2015 to be represented by the United Auto Workers union.

But the NLRB said the federal appeals court case in Washington doesn't override the UAW's exclusive collective-bargaining rights for the workers who maintain and repair the plant's machinery and robots.

"Wages, hours, and other terms and conditions of employment of the Unit ... are mandatory subjects for the purposes of collective bargaining," according to the complaint filed this week.

Volkswagen Chattanooga spokesman Scott Wilson said in an email that the company wants the entire blue-collar workforce at the plant to decide labor issues, not just the skilled-trades workers.

"We fundamentally disagree with the decision to separate Volkswagen maintenance and production workers and will continue our effort to allow everyone to vote as one group on the matter of union representation," Wilson said in an email.

"Until the court makes a decision on this matter, we are unable to bargain with the UAW without compromising our legal argument," he said.

Volkswagen has until May 24 to respond to the complaint.

The Chattanooga plant makes the midsize Passat Sedan and the new seven-seat Atlas SUV that is seen as key to Volkswagen's prospects in the U.S. as the company emerges from its diesel emissions cheating scandal.

UAW Local 42 President Steve Cochran said that Volkswagen unilaterally made the change of having skilled-trades workers work eight-hour shifts instead of the previous 12.

"If they don't need us to work 12-hour shifts, well that's great. Let's sit down and bargain about it," Cochran said. "We'll work something out that's best for the company and for the workers."

When Volkswagen's skilled-trades workers in December 2015 voted 108-44 to be represented by the UAW, it was the union's first victory at a foreign-owned automaker in the South after decades of frustration.

But Volkswagen has refused to bargain with the unit despite the NLRB's findings that the maintenance workers "share a community of interest" in terms of qualifications, training, supervision and hours that are distinct from production workers at the facility's assembly, body weld and paint shops.

The UAW has been trying to ratchet up the pressure on Volkswagen management for dragging its feet on union issues in the United States when workers at every one of the company's other plants are covered by formal labor agreements.

Cochran and other UAW Local 42 members from Chattanooga traveled to Volkswagen's annual meeting this week in Hanover, Germany, to draw attention to company's opposition to their unionization efforts.

Volkswagen wants to create a German-style works council at the plant to represent both hourly and salaried employees, but can't do so under U.S. law without the participation of an independent union.

While the union and Volkswagen agreed on the framework of a 2014 election to unionize the plant and create a works council, the campaign turned acrimonious when anti-labor Republicans and outside groups became involved. The UAW lost a plant-wide union election in February 2014 on a 712-626 vote. 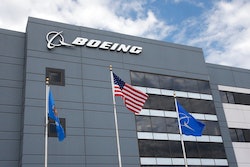 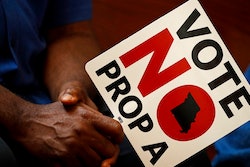 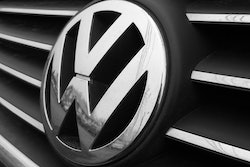