It's the second civil penalty for the company in seven years. 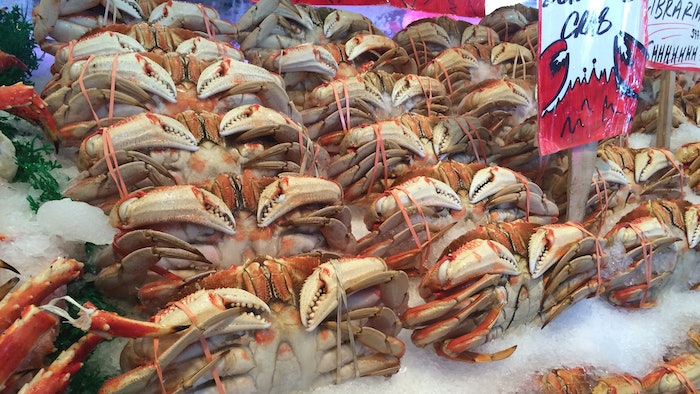 ANCHORAGE, Alaska (AP) — A Seattle-based seafood processing company operating in Alaska will be assessed a $1.3 million civil penalty for violating clean air rules under a proposed settlement with the U.S. Environmental Protection Agency and the state of Alaska.

Westward Seafoods, owned by Maruha Nichiro Corp. of Japan, also would be required to pay $1.1 million for air pollution reduction projects and more than $800,000 for improved training and monitoring of emissions.

It's the second civil penalty for the company in seven years. Westward Seafoods in 2010 signed a consent decree with EPA and the U.S. Department of Justice and paid a $570,000 penalty to resolve previous violations.

The new violations follow Westwards' self-reporting that three employees turned off air pollution controls from 2009 to 2011 at the company's plant at Dutch Harbor, a port on Unalaska, one of the Aleutian Islands. Dutch Harbor regularly leads the nation in seafood brought to shore by weight.

Edward Kowalski, EPA director of compliance and enforcement in Seattle, said the agency relies on self-monitoring. "The submission of falsified records undermines our ability to protect public health and the environment," he said in an announcement.

Westward Seafoods did not immediately respond Monday to phone and email requests for comment.

The three employees who turned off air pollution controls pleaded guilty in 2014 to falsifying emission records. Two were sentenced to jail time.

Under terms of the proposed settlement, announced last week, an independent third-party auditor will conduct annual plant inspections and check records twice annually to verify compliance with the Clean Air Act. Westward would be required to use a new electronic system for monitoring, record-keeping and reporting, according to the EPA

The agency estimates that the two years without pollution controls resulted in emission of nearly 105 excess tons of nitrous oxides. Breathing air with high levels of the pollutants can aggravate respiratory diseases.

Westward will pay $1.1 million for two mitigation projects to offset emissions of nitrogen oxides. The company will replace inefficient lighting at its Dutch Harbor plant and a processing facility owned by a sister company, Alyeska Seafoods. Westward also will pay for a 5-megawatt transformer, allowing the plants to connect to Unalaska's power plant, which emits nitrous oxides at a lower rate than generators at the Alyeska facility.

The public has until May 25 to comment on the proposed settlement.