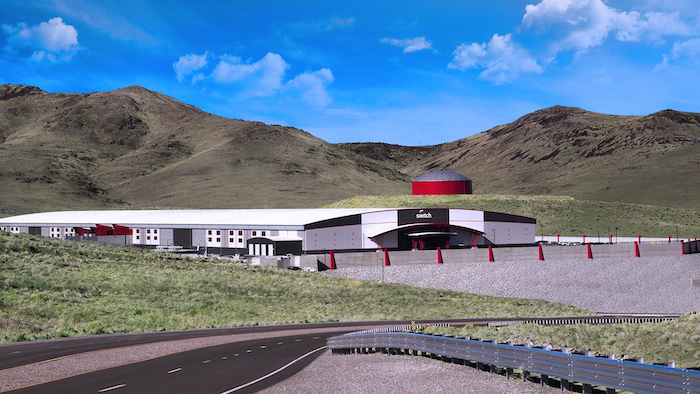 Switch opened of the largest data center campus in the world – also known as The Citadel Campus. It is designed for up to 7.2 million square feet of data center space and up to 650 megawatts (MW) of power.
Switch

Previously, the largest single data-center building was in Chicago where the Lakeside Technology Center has 1.1 million square feet, according to Data Center Knowledge, an Ohio-based online publisher of data service information.

"This data center building and campus represents unlimited possibilities for our clients because of its massive sale for power, space and connectivity," Adam Kramer, Switch's executive vice president for strategy, said in a news release.

Clients at the new facility surrounded by a 20-foot-high solid concrete wall include eBay and Renown Health, the largest health care organization in northern Nevada. Tesla started producing batteries for its electric cars at the industrial center last year.

Powered by 100 percent renewable energy, the newest facility called Reno Tahoe 1 is the first of more than a half dozen planned on the campus which will total 7.2 million square feet when finished, company officials said. They originally planned a smaller campus totaling about 6.5 million square feet.

The data centers are connected to the Switch "Superloop" — a 500-mile fiber optic network that provides connectivity in less than 10 milliseconds to 40 million people in San Francisco and Los Angeles, as well as the company's 2.5 million square-feet data center space in Las Vegas, company officials.

Switch currently buys the renewable energy but has two solar projects in the works near its Apex center in southern Nevada, which eventually will be used to power the northern Nevada campus.

Kramer said 90 percent of the world's data was created in just the past two years. He said the facility fulfills the vision of Switch founder and CEO Rob Roy to create the "largest data center ecosystem in the world for our customers' mission-critical workloads."

"The internet is growing at an exponential rate," he told the Reno Gazette-Journal.