John Hanna
Kansas state Rep. Tom Phillips, right, R-Manhattan, asks a question during a House Taxation Committee hearing on a bill to repeal an income tax break for more than 330,000 farmers and business owners, Thursday, Jan. 19, 2017, at the Statehouse in Topeka, Kan. To his left is the committee's chairman, Rep. Steven Johnson, R-Assaria, who supports repealing the tax break, as Phillips does.
AP Photo/John Hanna

TOPEKA, Kan. (AP) — With waning political support for an income tax break championed by Kansas Gov. Sam Brownback, fellow Republicans in the GOP-controlled Legislature are spearheading an effort to end it.

Brownback's revenue secretary, some business owners and groups such as the Kansas Chamber of Commerce strongly defended the tax break in testimony for a Kansas House Taxation Committee hearing Thursday afternoon and evening. The 2012 policy benefits more than 330,000 farmers and business owners, and Brownback contends it fuels growth among small businesses.

But he and his allies are fighting political headwinds, considering voters ousted two dozen conservatives from the Legislature, giving both Democrats and GOP moderates more power. Plus, Kansas is one of several GOP-led states facing budget woes at least partly due to past tax cuts. Its projected budget shortfall totals $1.1 billion through June 2019.

Brownback's critics had hoped ending the tax exemption for farmers and business owners could cover close to half of those gaps, but figures have differed. The governor already suggested his willingness to negotiate by proposing his own alternative for increasing taxes on business owners.

"With the primary and general elections, people were running on the fact that we need to make changes to our tax code," state Rep. Tom Phillips, a Manhattan Republican, said while taking a brief break from the hearing Thursday evening. "They're seeing certain business classifications paying no taxes, and that's an issue of fairness and equity."

At Brownback's urging, lawmakers slashed personal income taxes in 2012 and 2013, dropping the state's top rate by 29 percent. Lawmakers also exempted the profits reported by farmers and owners of limited liability corporations, sole proprietorships and other businesses on their personal income tax returns and not subject to corporate income taxes. The break also covers rents and royalties.

House committee chairman Steven Johnson, an Assaria Republican, is a strong supporter of repealing the full tax break, and top Republicans in each chamber also have voiced their support. Democrats have long backed the idea as well.

But it's not clear how quickly legislators will vote on repealing the tax break because they're divided over passing it as a stand-alone measure or as part of a comprehensive budget-balancing package. They're also still trying to get a handle on how much a stand-alone bill would raise, with a new estimate due next week.

Two officials with the conservative, non-partisan Tax Foundation said Kansas has become an example to other states' legislators of how not to handle tax policy.

"Or let me put it another way: You're doing it wrong," Drenkard told the House committee.

Brownback's counterproposal on taxes would reinstate income taxes on royalties and rents and increase annual filing fees for profit-making firms to raise about $147 million over two years as part of a larger package that also includes cigarette and liquor tax increases.

He acknowledged this week to reporters that Kansas' tax policies need "refining," but added, "We need to maintain the heart of it, which is about small business."

Nathan Bainbridge, vice president of a small manufacturing company in Newton in south-central Kansas, told legislators that continuing the tax break would allow his firm to hire a full-time engineer this year to develop new products, after several years of tax savings. Ending the break will delay the investment, he said.

"Meanwhile, our competition has more time to beat us to the market and hire talent away from us," he said.

Critics of the targeted tax break argue that it's unfair to allow professionals such as doctors, lawyers and accountants to avoid paying personal income taxes while their employees still do. Brownback argues that his proposal to raise business filing fees addresses the issue by requiring each individual partner in a firm to pay a $200 fee annually, rather than having the business paying a single $40 fee. 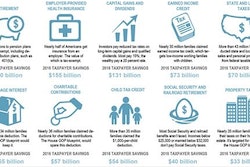 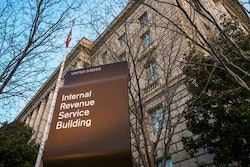 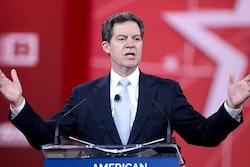