VW shakes up its corporate culture in the wake of a diesel emissions scandal.

FRANKFURT, Germany (AP) — Volkswagen says it's going to speak more English and help more women reach for top positions as it shakes up its corporate culture in the wake of a diesel emissions scandal.

Personnel chief Karlheinz Blessing says that diversity and international experience would help build a culture of "discussion" and "entrepreneurial thinking."

He said in a statement Wednesday that "in the future, English is to be the group language."

The company says that means English would replace German at management conferences with dozens of people by 2021 — not in informal management conversations or among workers on the assembly line.

Some observers have blamed an insular and top-down management culture at Volkswagen for the scandal in which it rigged engine control software to enable cars to pass government tests on emissions — and then turn the controls off in ordinary driving conditions. Volkswagen has agreed to a $15 billion settlement with U.S. authorities and car owners. Some 11 million cars worldwide were sold with the software.

CEO Matthias Mueller, who is in charge of cleaning up after the scandal, has said changing corporate culture will be part of that job. The company has apologized and hired a U.S. law firm to investigate how it happened.

The company said Thursday it is changing how it develops managers, putting more emphasis on foreign assignments and knowledge gained in different areas and brands. Female managers are to get the experience they need for appointment to upper management positions later in their careers. 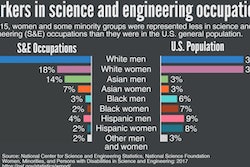