The closures are expected to be completed by the first quarter of 2018 and would save Altria about $50 million. 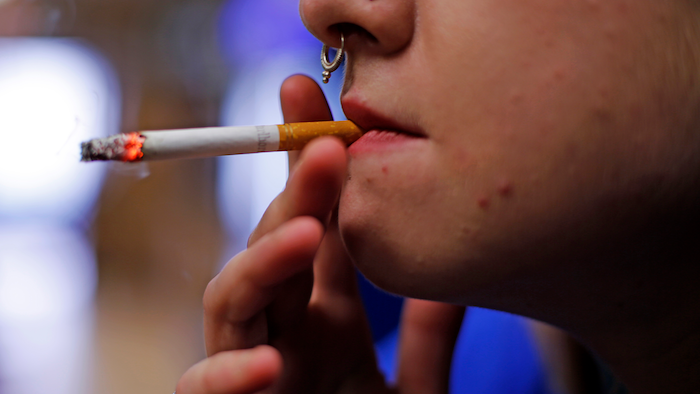 Altria, the maker of Marlboro cigarettes, said that it will close two of its manufacturing facilities by early 2018, affecting about 580 workers.
AP Photo/Gene J. Puskar

RICHMOND, Va. (AP) — Altria, the maker of Marlboro cigarettes, said Thursday that it will close two of its manufacturing facilities by early 2018, affecting about 580 workers.

The company did not say how many workers may be laid off, but said workers will be offered a chance to move to jobs at other facilities. Those that don't move will be laid off and offered separation benefits. The company said the closures are expected to be completed by the first quarter of 2018 and would save Altria about $50 million by the end of that year.

One of the facilities, in Limerick, Pennsylvania, has 280 workers and makes Black & Mild cigars, Middleton's Cherry Blend pipe tobacco and other products.

The other facility, in Franklin Park, Illinois, has 300 workers and makes Copenhagen, Skoal and other smokeless tobacco products. Operations at the facilities will be moved to manufacturing sites in Richmond, Virginia, where Altria is headquartered, or another facility in Nashville, Tennessee.

Workers are being told about the closures Thursday morning, an Altria spokesman said.

Earnings, adjusted for one-time gains and costs, came to 82 cents per share, beating the 81 cents per share Wall Street analysts expected, according to Zacks Investment Research.

Revenue rose four percent to $5.19 billion in the period.

Altria said it expects full-year earnings in the range of $2.98 per share and $3.04 per share. Analysts expected earnings of $3.03 per share for the year, according to FactSet.

Shares of Altria Group Inc. added 53 cents to $65.05 in morning trading Thursday. Its shares are up more than six percent in the last 12 months.