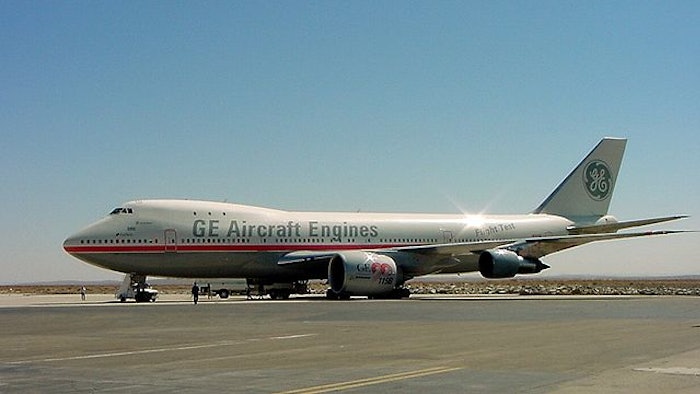 JACKSON, Miss. (AP) — General Electric Co. and Praxair Corp. announced that they will invest $100 million in Ellisville to coat aircraft parts at a plant there. However, GE will stop the current work of building composite aircraft parts at the plant.

The new venture, called PG Technologies, pledged Monday to employ 250 people by 2020, the same number GE once pledged to hire. GE, one of the most highly touted investments under Gov. Haley Barbour, currently has about 100 workers. Employment by the new venture could eventually rise to 400 people.

State and local officials have pledged more than $20 million in grants and tax breaks to attract the plant, according to an analysis by The Associated Press.

The plant will coat engine parts with layers designed to withstand the high temperature and pressure of being inside a jet engine, allowing the parts to resist wear and corrosion longer.

Ross Tucker, president of the Economic Development Authority of Jones County, said the new plant was attractive because of the higher level of investment and because workers will process replacement parts, guaranteeing a high volume of work. Jet engines are broken down and rebuilt periodically.

"It's a much bigger deal," Tucker told The Associated Press. "They're also going to be touching every part that goes into one of these engines."

Praxair and GE, both based in Connecticut, announced their joint venture Thursday. Praxair will own a majority; GE, a minority. The companies said in a news release that the formal partnership builds on years of Praxair being a vendor to GE.

"With engine production volume levels growing, GE's need for specialized coatings will also increase, and this joint venture will ensure we meet our commitments on the performance and durability of our engines," said Colleen Athans, vice president and general manager of GE Aviation's supply chain. GE, in collaboration with French firm Safran Aircraft, is one of the world's two primary jet engine makers.

The Mississippi Development Authority will give PG Technologies $6.2 million, including the remaining $4 million allotted to GE in the original deal that the company never used. The state will also not take back $3 million that GE already received. If the plant reaches 400 jobs by 2026, PG Technologies will get another $2.3 million from the state. Mississippi is transferring $263,000 in worker training money from the original GE project to the new venture, and Tucker's group is providing another $200,000 for worker training. Mississippi Power Co. provided unspecified assistance.

The state will give PG Technologies two other valuable tax breaks. One, aimed at aerospace companies, will exempt PG Technologies from 10 years of state income and franchise taxes, as well as sales taxes on building materials and equipment. MDA spokeswoman Tammy Craft could not provide a projected value Monday. The state will also give back a portion of worker income taxes to PG Technologies, assuming workers make more than $42,000 a year on average. The program would give $4.2 million to PG Technologies over 10 years, assuming 250 jobs paying the legal minimum.

Local governments will rebate two-thirds of property taxes for up to 10 years. According to Jones County figures, Ellisville, Jones County and the county school system will collect at least $3.5 million in the first seven years while waiving at least $7 million in property taxes. After that, the $42 million worth of property GE already has in Ellisville, which was getting a less lucrative property tax break, would go on the rolls at full value and governments would collect more. New investments would get a 10-year tax break any time over the next 30 years.

The company will expand and retrofit GE's existing building.

Craft said PG Technologies would have to seek environmental permits for pollution, referring further comment to a Praxair spokeswoman who could not be reached for comment.