Millennials are now the largest living generation in U.S. history, and with less than three months to Election Day their values are unpredictable. 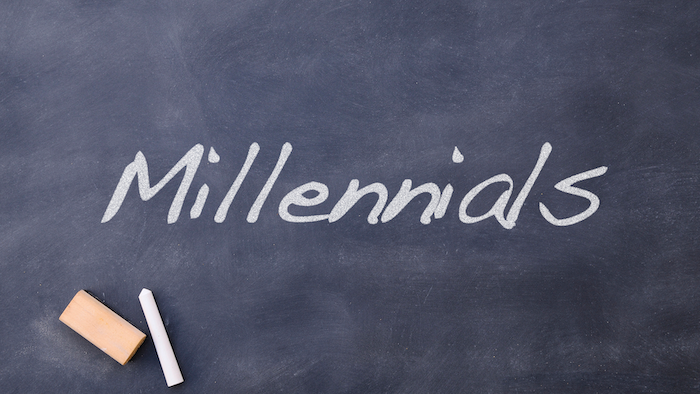 America's oldest millennials — nearing 20 when airplanes slammed into the World Trade Center — can remember the economic prosperity of the 1990s, and when a different Clinton ran for president. The younger end of the generation — now nearing 20 — can't recall a time without terrorism or economic worry.

Now millennials have edged out baby boomers as the largest living generation in U.S. history, and more than 75 million have come of age. With less than three months to Election Day, the values of young Americans are an unpredictable grab bag. What they share is a palpable sense of disillusionment.

As part of its Divided America series, The Associated Press interviewed seven millennial voters in five states where the generation could have an outsized influence this fall. They are a mosaic, from a black Nevada teen voting for the first time to a Florida-born son of Latino immigrants to a white Christian couple in Ohio. These voters illustrate how millennials are challenging pollsters' expectations.

"Millennials have been described as apathetic, but they're absolutely not," said Diana Downard, a 26-year-old voting for Hillary Clinton. "Millennials have a very nuanced understanding of the political world." Just five percent of young adults say that America is "greater than it has ever been," according to a recent GenForward poll. The first-of-its kind survey of young people between the ages of 18 and 30 was conducted by the Black Youth Project at the University of Chicago with the Associated Press-NORC Center for Public Affairs Research.

Briana Lawrence, a 21-year-old videographer and eyelash artist from the South, wants America to return to what it was. A recent North Carolina Central University graduate, she's voting for Clinton. She was just 7 on September 11 and the aftermath of the attacks is the only time she remembers the nation feeling united.

"My biggest hope for this country is for us to come back together as a community," she said. That's hard when people like her begin adulthood thousands of dollars in debt. Economic issues are huge with this group, since many are saddled with student loans and struggle to find jobs. Only eight percent of millennials feel their household's financial situation is "very good," according to GenForward's poll.

Brien Tillett, who recently graduated from a Las Vegas high school, is 18. He was only 10 when the recession hit. His single mother was hospitalized for months after a car accident and, with no safety net, the family struggled.

National debt is his top concern. As a black man, he's turned off by some of Donald Trump's remarks, but likes the Republican's aggressive economic stance. He also considered voting for Clinton, but is angry about her use of a private email server while Secretary of State. Unsure at first, he recently decided on Clinton.

Anibal David Cabrera wouldn't think of voting outside his party. The son of a Honduran mother and Dominican father, he graduated from college in 2008. He was a finance major, but the economic collapse dried up jobs. Now 31 and living in Tampa, Florida, he finally found an accounting position at a small firm. He feels he's entering the prime of his life a few steps behind, through no fault of his own.

He's backing Trump and prays the candidate keeps promises and boosts the economy. "That is something my generation has kind of never seen," he said.

Millennials' disdain for traditional party affiliation means that half describe themselves as independents, according to a 2014 Pew Research report — a near-record level of political disaffiliation. They tend to be liberal on social questions such as gay marriage, abortion and marijuana legalization. Yet they skew slightly conservative on fiscal policy and are more in line with other generations on gun control and foreign affairs.

Trip Nistico, a recent Colorado law school graduate, is a gun rights advocate who visits shooting ranges — but also supports in same-sex marriage. He backed President Barack Obama in 2008 and Mitt Romney in 2012. The 26-year-old is voting for Trump this year.

Still, Trump remains unpopular among millennials and nearly two-thirds of Americans between the ages of 18 and 30 believe the Republican nominee is racist, according to GenForward's poll. Views of Hillary Clinton also were unfavorable, though not to the same extent.

Bill and Kristi Clay, parents of two young boys and devout Christians from rural Ohio, have struggled to pick a candidate who matches their values. Kristi Clay opposes same-sex marriage and abortion and names those as her top issues. Yet the 32-year-old school librarian reluctantly leans toward Clinton, because she feels Trump is materialistic and prefers the Democratic views on immigration and poverty.

Though she and her 33-year-old husband are feeling "pessimistic" about this election, both say they will vote anyway. Whether their millennial brethren do the same is unknown. Some are disenchanted that progressive Bernie Sanders, who ran against Clinton in the Democratic primary, is out of the race.

The millennial vote rose steadily beginning in 2002 and peaked in 2008. In 2012, however, just 45 percent of millennials cast ballots and participation has leveled off or dropped since, said John Della Volpe, director of polling at Harvard University's Institute of Politics.

"They have a somewhat different perspective in terms of politics," he said. "It hasn't really worked. They haven't been part of a movement that's been effective."