Women More Likely Than Men to Face Poverty During Retirement

While experts cite a pay gap as a major cause for retirement insecurity, other factors play a role, from single parenthood and divorce to the fact that women typically live longer than men. 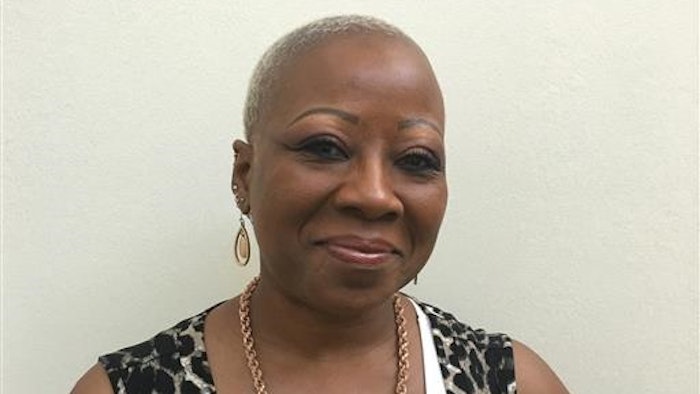 In this June 17, 2016 photo, Marsha Hall poses for a picture. During their working years, women tend to earn less than men, and when they retire, they're more likely to live in poverty. For Hall, 60, the process of trying to save for retirement has been nearly impossible.
Adam Allington via AP

CHICAGO (AP) — During their working years, women tend to earn less than men, and when they retire, they're more likely to live in poverty.

These are women who raised children and cared for sick and elderly family members, often taking what savings and income they do have and spending it on things besides their own retirement security.

The National Institute on Retirement Security, a nonprofit research center, reports that women are 80 percent more likely than men to be impoverished at age 65 and older. Women age 75 to 79 are three times more likely.

While experts cite a pay gap as a major cause for retirement insecurity, other factors play a role, from single parenthood and divorce to the fact that women typically live longer than men.

For Marsha Hall, 60, the process of trying to save for retirement has been nearly impossible.

Born and raised in Detroit, Hall is divorced and doesn't have any children. She works part time as a file clerk. She and her siblings pitch in to care for their 75-year old mother. Hall says she tries not to think about what her situation will be like at that age.

"My bills are current, I have food," she says, "but I'm still living paycheck to paycheck, if it wasn't for Section 8 (a housing subsidy), I don't know where I'd be living."

Joan Entmacher, vice president for family economic security at the National Women's Law Center, says "the solution to the retirement (funding) crisis starts with the earnings and wage gap."

Women are more likely to report that Social Security is the biggest source of income — 50 percent to 38 percent for men, according to a recent poll by The Associated Press-NORC Center for Public Affairs Research. Women are 14 percentage points less likely to say they will receive a pension.

Entmacher says women are more likely to take on caregiving responsibilities, which increases the likelihood they will end up working part-time jobs, often for lower wages, and without benefits such as pensions, sick leave and health care.

"The bulk of stay-at-home moms are not these high income, well-educated women that you read about," she says.

Over a 40-year career, the pay gap between men and women adds up to an average of $430,480, according to the Census Bureau. For minorities and women of color, the number is much higher.

"If we are talking about a 65-year-old black woman, she was born before desegregation," says Karen Lincoln, a professor at the University of Southern California and director of a center for geriatric social work.

"This has a huge impact on things like the quality of education they receive, the employment opportunities available to them, and their ability to accumulate wealth," Lincoln says.

Lincoln points to additional census data showing African-American women are paid 64 percent that of white men, compared with 54 percent for Hispanic and Latina women. In addition to making less, women are much more likely to be single parents, putting additional economic strains on them. In 2013, almost 83 percent of custodial parents were mothers, according to the census.

Starting with the Johnson administration's "War on Poverty" in 1964, and the creation of safety-net programs such as Medicare and Medicaid, poverty rates among both men and women have been falling steadily. In 1966 the percentage of women over 65 living below the federal poverty line stood at 32 percent, compared with 12.1 percent in 2014. For men over 65, the numbers are 23.5 percent and 7.4 percent, respectively.

Yet some analysts say the poverty rate is a poor gauge to assess the quality of life for aging seniors.

"The poverty rate is a deceptive number, it doesn't reflect the money they (men and women) need to actually exist," says Jennifer Brown, manager of research at the National Institute on Retirement Security.

"Those increases in longevity come with huge increases in medical costs," Brown says. "Especially if you're taking about things like long-term care or treatment for mental disabilities such as dementia and Alzheimer's."

Medicare does not cover long-term care. To get some subsidized coverage, seniors would need to spend down their assets to qualify for Medicaid or have a long-term care insurance policy.

In 2016, the census poverty threshold for a single person is $11,880. According to UCLA's Elder Index, a measure of the cost for housing, food, transport and health care, for a 65-year-old renter, the base cost pay for these needs is $24,024 and growing.

EDITOR'S NOTE — Adam Allington is studying aging and workforce issues as part of a 10-month fellowship at The Associated Press-NORC Center for Public Affairs Research, which joins NORC's independent research and AP journalism. The fellowship is funded by the Alfred P. Sloan Foundation.

Bill to Help Workers with Retirement