A recent decision by U.S. officials permits American firms to do business in Iran's civilian aviation sector, but fears remain that the country could use its new planes for "terrorist-supporting activities." 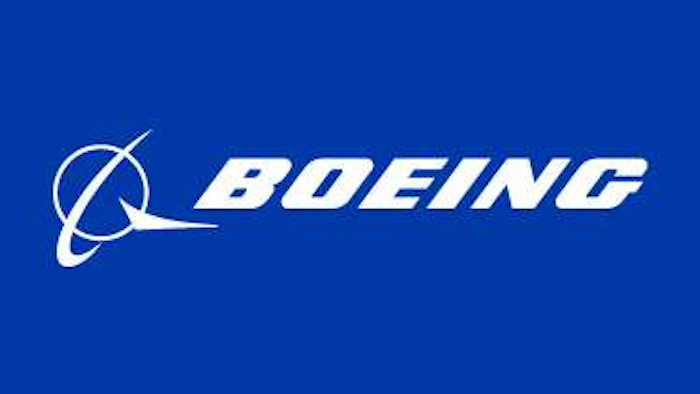 WASHINGTON (AP) — Boeing Co.'s historic $25 billion deal with Iran Air potentially rides on hopes that Tehran would stop its past practice of using the airline's planes to ferry fighters and weapons across the Middle East.

Exactly five years ago, the Obama administration slapped sanctions on the Iranian company for a number of infractions. Iran Air used passenger and cargo planes to transport rockets and missiles to places such as Syria, sometimes disguised as medicine or spare parts, the Treasury Department said at the time. In other instances, members of Iran's Revolutionary Guard Corps took control of flights carrying sensitive cargo.

Although U.S. officials never said such conduct ended, the administration used a technicality to drop those sanctions as part of last year's seven-nation nuclear deal. The agreement also allowed the Treasury Department to license American firms to do business in Iran's civilian aviation sector. The changes enable Boeing to sell up to 100 aircraft to Iran Air, by far the most lucrative business transaction between the U.S. and Iran since the 1979 Islamic Revolution and U.S. Embassy hostage crisis.

Yet the deal is not without risk, something the administration acknowledges.

State Department spokesman John Kirby said that the sale and any possible follow future deals depend on Iran's good behavior.

The U.S. could revoke the license for the deal if planes, parts or services are "used for purposes other than exclusively civil aviation end-use" or if aircraft are transferred to individuals or companies on a U.S. terrorism blacklist, Kirby said.

Any suggestion "that we would or will turn a blind eye to Iran's state sponsorship of terrorism or their terrorist-supporting activities is completely without merit," Kirby said.

The details of the arrangement between Boeing and Iran Air aren't entirely clear. Iran's Transportation Minister Abbas Akhoundi said it could match the $25 billion package between the Islamic Republic and Boeing's European rival, Airbus. Iran Air has stated its interest in purchasing new Boeing 737s — single aisle jets that typically fly up to five hours. It also wants 777s — larger planes that can carry passengers for 12 hours or more.

But if Iran Air continues supporting Iranian military or Revolutionary Guard operations, it would put the Obama administration or any successor in a bind.

Revoking the license and suspending future plane transfers risks angering the Iranians, who've already complained about not receiving sufficient benefit for their nuclear concessions. It also could mean billions in lost revenue for a large American company with more than 130,000 employees in the United States.

Still, officials may have no choice.

In imposing the sanctions on June 23, 2011, the Treasury Department said Iran Air had been shipping military-related electronic parts on behalf of the Iranian military for more than a decade. It noted two shipments in 2008 involving raw materials such as titanium sheets that can be used in advanced weapons programs. And it said Revolutionary Guard officers discouraged Iran Air pilots from inspecting dangerous cargo.

The sanctions, which prevented American individuals and companies from doing business with the airline, came in the early months of Syria's five-year civil war, which has now killed as many as a half-million people.

Iran has provided billions of dollars in assistance to Syrian President Bashar Assad and deployed troops and fighters from its proxy Hezbollah force to battle rebel groups. The U.S. has helped what it terms moderate rebels, while trying to start a peace process.

Although the accusations against Iran Air focused on terrorism and conventional weapons, the sanctions were authorized under an executive order targeting proliferators of weapons of mass destruction.

The technical distinction is important because President Barack Obama and other top officials insisted over months of negotiations with Iran that they would only lift nuclear-related sanctions in a final deal, and leave those linked to terrorism or human rights concerns untouched.

Critics of Obama's engagement with Iran have complained in recent months about U.S. financial concessions beyond the scope of the nuclear pact. Secretary of State John Kerry has been lobbying foreign banks to resume business with Iran, though many are wary because of the country's money laundering record and the risk of running afoul of U.S. regulators.