Sadly, expectations often don't match up with the reality of the opportunities they're provided - making the profession less appealing. 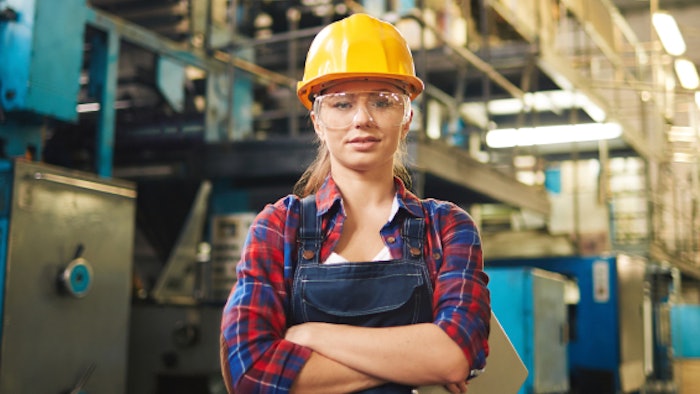 Women who go to college intending to become engineers stay in the profession less often than men. Why is this? While multiple reasons have been offered in the past, a new study co-authored by an MIT sociologist develops a novel explanation: The negative group dynamics women tend to experience during team-based work projects makes the profession less appealing.

More specifically, the study finds, women often feel marginalized, especially during internships, other summer work opportunities, or team-based educational activities. In those situations, gender dynamics seem to generate more opportunities for men to work on the most challenging problems, while women tend to be assigned routine tasks or simple managerial duties.

In such settings, "It turns out gender makes a big difference," says Susan Silbey, the Leon and Anne Goldberg Professor of Humanities, Sociology, and Anthropology at MIT, and co-author of a newly-published paper detailing the study. As a result of their experiences at these moments, women who have developed high expectations for their profession - expecting to make a positive social impact as engineers - can become disillusioned with their career prospects.

"It's a cultural phenomenon," adds Silbey, regarding the way this group-dynamics problem crops up at a variety of key points during students' training.

Overall, about 20 percent of undergraduate engineering degrees are awarded to women, but only 13 percent of the engineering workforce is female. Numerous explanations have been offered for this discrepancy, including a lack of mentorship for women in the field; a variety of factors that produce less confidence for female engineers; and the demands for women of maintaining a balance between work and family life.

The current study does not necessarily preclude some of those other explanations, but it adds an additional element to the larger discussion.

To conduct the study, the researchers asked more than 40 undergraduate engineering students to keep twice-monthly diaries. The students attended four institutions in Massachusetts: MIT, the Franklin W. Olin College of Engineering, Smith College, and the University of Massachusetts at Amherst. That generated more than 3,000 individual diary entries that the scholars systematically examined.

What emerges is a picture in which female engineering students are negatively affected at particular moments of their educational terms -- especially when they engage in team-based activities outside the classroom, where, in a less structured environment, older gender roles re-emerge.

This crops up frequently in the diary entries. To take an example, one student named Kimberly described an episode in a design class in which "two girls in a group had been working on the robot we were building in that class for hours, and the guys in their group came in and within minutes had sentenced them to doing menial tasks while the guys went and had all the fun in the machine shop. We heard the girls complaining about it. ... "

Or, as the paper puts it, "Informal interactions with peers and everyday sexism in teams and internships are particularly salient building blocks of [gender] segregation." The researchers add: "For many women, their first encounter with collaboration is to be treated in gender stereotypical ways." And by contrast, as the researchers note in the paper, "Almost without exception, we find that the men interpret the experience of internships and summer jobs as a positive experience."

Such experiences lead to a problem involving what the researchers call "anticipatory socialization." The women in the study, Silbey and her colleagues observed, are more likely than men to say they are entering the field of engineering with the explicit idea that it will be a "socially responsible" profession that will "make a difference in people's lives."

But group dynamics seem to affect this specific expectation in two ways: by leading women to question whether other professions could be a better vehicle for affecting positive social change, and by leading them to question if their field has a "commitment to a socially conscious agenda that ... was a key motivator for them in the first place."

As Silbey observes, the findings suggest that engineering's gender gap is not precisely rooted in the engineering curriculum or the classroom, which have often been the focus of past scrutiny in this area. "We think engineering education is quite successful by its own standards," Silbey says. Moreover, she adds, "The teaching environment is for the most part very successful."

That means some new kinds of remedies could be explored, which might have a positive impact on women's experiences as engineers in training. For instance, as Silbey has previously recommended, institutions could develop "directed internship seminars," in which student internship experiences could be dissected to help many people grasp and learn from the problems women face.

In this vein, Silbey adds, whatever other components education may have, it is useful to remember that "education is a process of socialization."