The home soda machine fizzled out after a year on the market, triggering the layoffs. 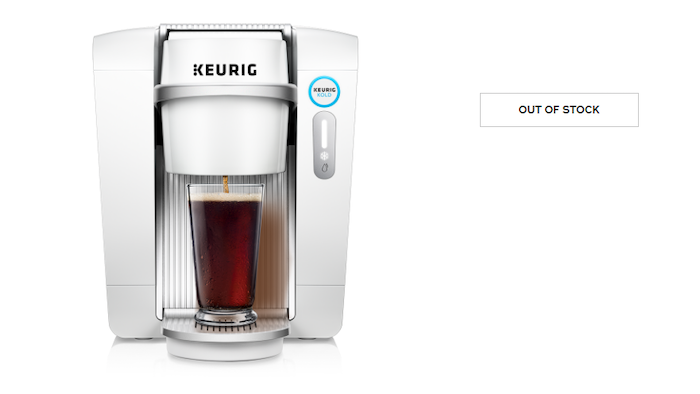 A screenshot from the Keurig website. The Keurig KOLD drinkmaker is no longer available.
IEN

NEW YORK (AP) — Keurig Green Mountain, which made its name as a maker of single-cup coffee machines, is laying off more than 100 workers after its Keurig Kold home soda machine system fizzled out after less than a year on the market.

The company said Tuesday it's discontinuing the first generation of Kold and offering customers refunds for the full purchase price. The home soda-making machine debuted last fall to questions about its affordability for the average consumer. The suggested retail price of the bulky countertop units was $369.99, with each soda pod costing more than a dollar — significantly more expensive than buying and storing cans of soda in your fridge.

Keurig said 130 employees will be affected, 108 of them in Vermont, and most of them workers on Kold pod manufacturing and related support teams. Vermont Gov. Peter Shumlin said his understanding was that other parts of the company would not be affected.

The company had high hopes when its Kold machines debuted, suggesting they could eventually be bigger than its coffee brewers, which it said at the time were in about 17 percent of U.S. households. It didn't say specifically what caused it to pull Kold, but acknowledged that what they learned from the Kold rollout would be incorporated into future beverages makers.

Keurig was bought in December for close to $14 billion by an investment group led by JAB Holding Co., a private company with a growing coffee business.