Based on the Boeing 757 and 737 passenger planes, the Air Force uses the aircraft to transport the vice president, cabinet members and military commanders among others. 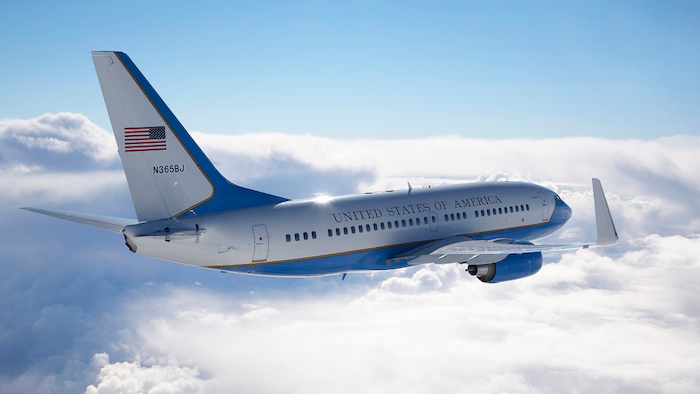 The Air Force uses the C-32A and C-40BC, which are based on the Boeing 757 and 737 passenger planes, to transport the vice president, cabinet members and military commanders among others.

Boeing has supported the aircraft since first delivery in 1998 and 2001.

The C-32 and C-40 are among the many military derivatives of commercial airplanes that Boeing has built for U.S. and international customers, offering affordable adaptations of proven airframes and existing worldwide support for military missions.

U.S. leaders have flown on aircraft from Boeing and its heritage companies since the Boeing 314 and Douglas C-54 were delivered during World War II. More information about Boeing’s achievements during its first century can be found at www.boeing.com/100.