Work under is expected to be complete by June 2019. The award brings the total number of JASSM and JASSM-ER missiles delivered or under contract to more than 2,700. 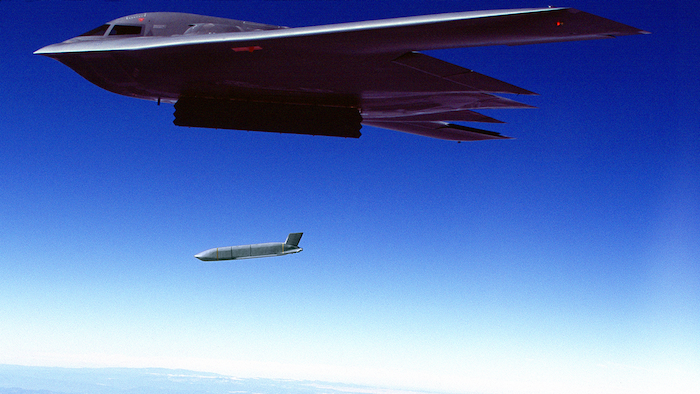 Lockheed Martin has received a $116.8 million contract from the U.S. Air Force for continued production of Joint Air-to-Surface Standoff Missile-Extended Range (JASSM®-ER). This contract exercises an option in the Lot 14 contract and includes 100 JASSM-ER missiles. Work under this contract option is expected to be complete by June 2019. The award brings the total number of JASSM and JASSM-ER missiles delivered or under contract to more than 2,700.

JASSM-ER received full-rate production approval in 2014. Recent JASSM milestones include a contract award for additional F-16C/D integration activities for Poland, the $302 million Lot 14 award and the $305 million Lot 13 contract for JASSM and JASSM-ER.

Armed with a penetrating blast-fragmentation warhead, JASSM and JASSM-ER can be used in all weather conditions. They share the same powerful capabilities and stealth characteristics, though JASSM-ER has more than two-and-a-half times the range of JASSM for greater standoff capability. The cruise missiles employ an infrared seeker and enhanced digital anti-jam GPS receiver to dial into specific points on targets.

Effective against high-value, well-fortified, fixed and relocatable targets, JASSM and JASSM-ER are integrated on several U.S. Air Force aircraft. Internationally, JASSM is carried on the F/A-18A/B.

Produced at the company’s manufacturing facility in Troy, Alabama, more than 1,800 JASSMs have been delivered.