CalPERS has also divested from certain gun manufacturers as well as companies doing business in Iran and Sudan, but those investments made up a much smaller share of the total portfolio than the tobacco stock the group is considering re-investing in.

SACRAMENTO, Calif. (AP) — Anti-smoking groups on Thursday stepped up pressure on the nation's largest public pension system to drop plans to consider re-investing in tobacco stocks 15 years after selling them off.

The California Public Employees' Retirement System has been reconsidering its divestments since a consultant reported last year that the tobacco sell-off has cost as much as $3 billion in lost returns. Board members are scheduled to decide how to proceed next week, but a final decision will take up to two years.

In a letter to the head of the CalPERS board, executives from the American Heart Association, American Cancer Society and the American Lung Association say investing in tobacco companies would send the message that California supports the industry.

"It is simple: investing in Big Tobacco may bring in some additional funds, but at what cost?" they wrote. "California will end up paying much more, physically and financially."

The groups will be lobbying CalPERS board members and encouraging pension beneficiaries to tell the agency they oppose re-investment, said Jim Knox, vice president of California government affairs for the Cancer Society's advocacy arm.

"We are certainly going to do everything we can to mobilize in this effort," Knox said.

CalPERS has long taken a dim view of divestment as a strategy to influence public policy, preferring to use its clout as a large investor to pressure companies in which it owns stock. The agency says it is obligated to maximize investments to protect the long-term availability of retirement benefits and minimize costs to taxpayers.

"It is somewhat a balancing act of this constitutional obligation with this other greater good side of it," said CalPERS spokesman Joe DeAnda. "It's not something that's taken lightly."

CalPERS is among a number of pension and endowment funds that have sold off tobacco stocks since the early 1990s. When CalPERS made the decision in late 2000, tobacco stocks were volatile amid a barrage of massive lawsuits and an uncertain future for the industry.

Consultants from the financial firm Wilshire found in an October 2015 report that the tobacco divestment has cost CalPERS between $2 billion and $3 billion, depending on the method used to calculate. CalPERS has also divested from certain gun manufacturers as well as companies doing business in Iran and Sudan, but those investments made up a much smaller share of the total portfolio and have had a combined financial impact of around $65 million.

The CalPERS investment committee, which sets investment policy, is scheduled to decide Monday on a process for reviewing and potentially reversing divestment decisions. A final decision on whether to reinvest in tobacco stocks could take two years. 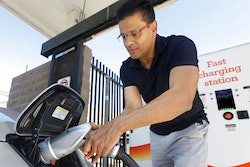