Slowing growth in the computer and electronic products sub-sectors is being met with growth and investment in other areas. 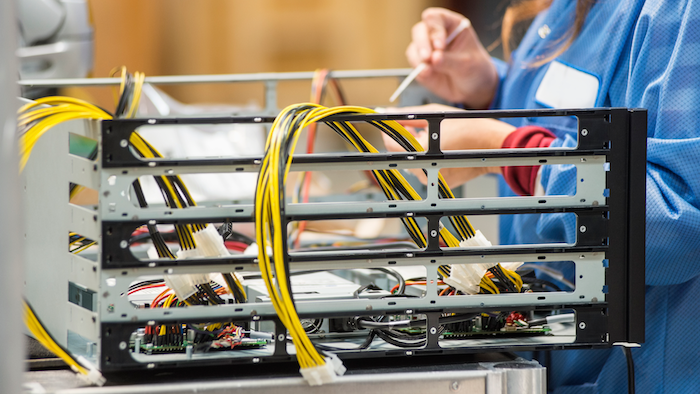 A new study by the MAPI (Manufacturer's Alliance for Productivity & Innovation) Foundation analyzed productivity growth in a range of manufacturing sub-sectors over the past 25 years. The report provides statistical evidence relating to the importance of capital investment and educated labor on productivity performance.

In particular, the study looks for ways that manufacturers who have already invested in capital equipment can increase productivity and innovation. Produced by Cliff Waldman, director of economic studies at the MAPI Foundation, and sponsored by Rockwell Automation, the study presents evidence that innovation and capital investment play a significant role in driving multifactor productivity growth (i.e., output per unit of a combined set of inputs including labor, materials, and capital) in a wide range of manufacturing subsectors.

The MAPI study identifies capital investment as the mechanism by which productivity-enhancing innovation spreads through companies, supply chains, and the broad economy. "In the manufacturing sector, strong productivity performance is needed to meet the globally driven challenges of cost pressures and competitiveness," Waldman observes. "For both manufacturing and the economy as a whole, the recent slowdown in productivity causes concern, because it contributes to both slow output and wage growth."

According to the study, industry sub-sectors that have experienced relative improvements in productivity performance since 1993 include machinery, transportation equipment and printing. But their growth has not been enough on an absolute basis to replace the decline in computer sub-sector productivity. Industries with a noticeable drop since 1993 in their relative pace of productivity growth include primary metals and petroleum and coal products.

The paper reveals strong cross-subsector correlations for both labor productivity growth and multi-factor productivity growth. The apparent interconnectedness of productivity performance across industries, says Waldman, is likely the result of supply chain linkages, innovation spillovers, cluster impacts and trade channels. Such evidence suggests that, where investments in any one industry lead to faster productivity growth, such expenditures can have impacts that extend to other sub-sectors as well.

Waldman concludes that a beneficial policy response must consist of a coordinated program that stimulates manufacturing equipment investment as well as innovation investment and increases the supply of educated labor in the broad economy.

The MAPI Foundation’s next study on productivity builds on this work and will reveal the findings of a national survey on technology and automation investment that was conducted to determine the drivers and pace of change in various manufacturing industries.

A complete copy of the study can be found here.