Orders to U.S. companies for long-lasting manufactured goods advanced in January at the strongest pace in 10 months. Moreover, a key category that tracks business investment surged by the largest amount in 19 months. 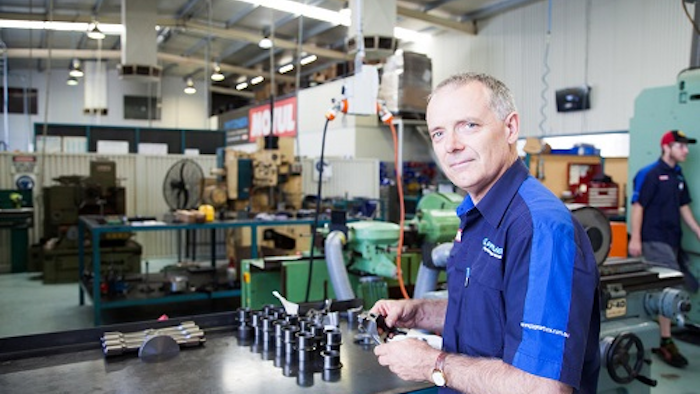 The bigger-than-expected gains in January's durable goods orders could be a sign of better days ahead for the nation's beleaguered manufacturers.
Flickr

WASHINGTON (AP) — Orders to U.S. companies for long-lasting manufactured goods advanced in January at the strongest pace in 10 months. Moreover, a key category that tracks business investment surged by the largest amount in 19 months.

The bigger-than-expected gains could be a sign of better days ahead for the nation's beleaguered manufacturers.

Orders for durable goods, items ranging from autos and appliances to steel and machinery, rose 4.9 percent last month, the Commerce Department reported Thursday. That represented a rebound from a 4.6 percent plunge in December.

Demand in a category that serves as a proxy for business investment plans rose 3.9 percent in January, reversing a 3.7 percent fall in December. It was the biggest advance in this category since June 2014.

The overall increase was led by a 54.2 percent surge in demand for commercial aircraft, a very volatile category that can swing sharply from month to month depending on orders to Boeing. Demand for defense aircraft and parts also increased in January, rising 84.8 percent. Orders for autos and auto parts rose 3 percent, as automakers continued to enjoy strong demand.

The 4.9 percent overall increase was double what many private economists had been forecasting. It could be a sign of brighter prospects for manufacturing in 2016 after a rough 2015 in many sectors. U.S. companies have been hurt by a weak global economy and a rising value for the dollar, which makes their goods less competitive on overseas markets.

Still, analysts caution against reading too much into one month of data. They note that many major overseas markets are still struggling with weak growth and the dollar has risen even further in recent months.

The business investment category has been hurt by the plunge in oil prices which has triggered sharp cutbacks in drilling and exploration by U.S. energy companies.

The Institute for Supply Management said U.S. factory activity shrank in January for a fourth straight month, as the strong dollar and weak demand overseas continued to squeeze American manufacturers. The ISM's manufacturing index stood at 48.2 in January. Any reading below 50 signals a contraction in manufacturing. The index has been below 50 since September.