The United Steelworkers union has reached a tentative four-year agreement with Allegheny Technologies Inc. after 2,200 workers were locked out more than six months ago. 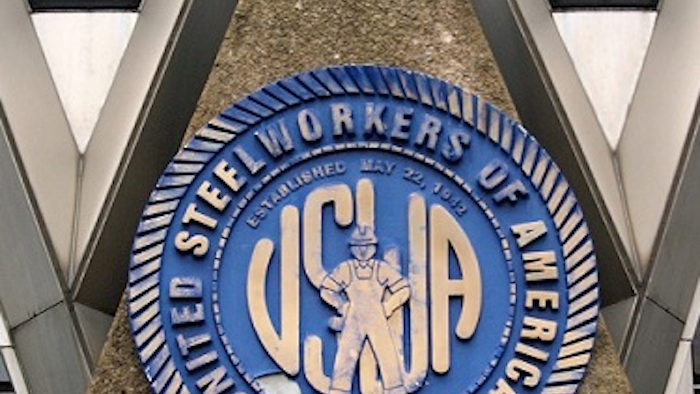 PITTSBURGH (AP) — The United Steelworkers union has reached a tentative four-year agreement with Allegheny Technologies Inc. after 2,200 workers were locked out more than six months ago.

A spokesman for the Pittsburgh-based specialty metals firm declined to comment beyond confirming the agreement, but union president Leo Gerard called it "a tremendous victory for a very brave group of workers."

"It's a good agreement," said Steelworkers vice president Tom Conway, the union's chief negotiator. "I am confident they will ratify, and I think our folks are anxious to put their lives back together again."

The last contract expired June 30, and ATI locked out the workers at 12 plants in Pennsylvania and five other states on Aug. 15. The lockout was especially felt in western Pennsylvania, where about 1,500 union members work at plants in Harrison, Gilpin and Canton Townships, and Latrobe, Midland and Vandergrift.

Also unclear is what will happen to nearly 270 union workers at the Midland plant, which the company had continued to operate with management and temporary employees before idling it last month. The company has said the plant could remain idled for months until it can turn an acceptable profit, and ATI had similarly announced plans to idle the Gilpin Township plant in April, which had employed a similar number of union workers before it was staffed with replacements during the lockout.

Monday's agreement was reached 10 days after the National Labor Relations Board filed a complaint alleging the lockout was illegal.

Allegheny Technologies had said the NLRB complaint was "not supported by the facts or the law," but Gerard claimed the complaint validated the union's complaints against the company, which cut off benefits to the locked out workers on Nov. 30.

The National Labor Relations Board must now also sign off on the new contract.

A key contract issue had been the company's demand that workers begin paying some of their health insurance premiums. Industry analysts have described the demand as a precursor to a tax on employee health plans that's set to take effect in 2018 under the Affordable Care Act.

Before the lockout, the company said some proposed contract concessions were made necessary by falling stainless steel prices caused by Chinese mills "flooding the market with standard stainless steel." That's kept ATI from capitalizing on its new $1.2 billion rolled steel mill in Harrison Township, about 25 miles northeast of Pittsburgh, the company said last year.

Before the lockout, the company dropped efforts to eliminate the eight-hour workday and 40-hour workweek and other changes to overtime rules. But the union continued to balk at having workers contribute to their health insurance premiums, changes to retirement benefits for new workers and other scheduling rules.

The Minnesota Supreme Court reversed the rejection of a critical permit for the PolyMet mine.
Feb 25th, 2021

It’s not the first time a Tweet has meant trouble for Musk, but this one is arguably the most expensive.
Feb 24th, 2021

He described a talented leader Nissan tried to retain with money.
Feb 24th, 2021
Follow Us
Most Recent