People typically quit for better-paying positions, so more quits are a sign that overall pay levels could increase.

Christopher Rugaber
In this Wednesday, Jan. 27, 2016, photo, Reece Lightner fills out a job application for a server at a job fair held by The Genuine Hospitality Group, in Miami, as the restaurant group is expanding in South Florida and hiring for all positions at its restaurants. On Tuesday, Feb. 9, 2016, the Labor Department reports on job openings and labor turnover for December. (AP Photo/Lynne Sladky)
AP

The number of job openings jumped 4.9 percent to 5.6 million, the most since July, the Labor Department said Tuesday. And quits increased 6.9 percent to nearly 3.1 million, the highest in more than nine years.

People typically quit for better-paying positions, so more quits are a sign that overall pay levels could increase. Employers have also struggled to fill many open jobs, which could push them to offer higher pay to attract workers.

The data comes after the government said last week that hiring had slowed sharply in January. Yet wages grew at a solid pace, and the unemployment rate fell to an eight-year low of 4.9 percent.

Federal Reserve chair Janet Yellen has said that she monitors quits as a potential sign of an improving job market. More Americans quit when they either have new jobs or are confident they can find one.

Some economists were encouraged by the job openings report.

"Despite the turmoil in financial markets and increasing talk of recession, the labor market continues to improve and is moving toward full employment," said Gus Faucher, senior economist at PNC Financial. "The tightening in the job market is pushing up wages, which in turn is supporting consumer spending."

Other analysts worry that signs of an economic slowdown could soon catch up with the job market.

"As fate would have it, the job market may be feeling healthy, just as the rest of the economy is downshifting," said Joe LaVorgna, chief U.S. economist at Deutsche Bank.

U.S. manufacturing is shrinking in the face of slowing overseas growth and the stronger dollar, while measures of the service sector have also declined. The economy grew at just a 0.7 percent annual rate in the final three months of last year.

Tuesday's figures also heighten the challenges facing Yellen as she considers whether the Fed should continue raising the short-term rate it controls, and when.

A lower unemployment rate, more quits and more job openings suggests employers are having a harder time keeping their employees and attracting new workers. Raising pay is one way to respond to those challenges.

Higher pay, in turn, could lift inflation, as companies raise prices to offset larger labor costs. That adds pressure on the Fed to raise interest rates.

At the same time, U.S. growth is slowing, as goods pile up on warehouse shelves and corporate profits have fallen. That has prompted many economists to forecast as few as one or two rate hikes this year, below the Fed's own forecast of four increases.

The Fed increased its benchmark rate for the first time in nine years in December. 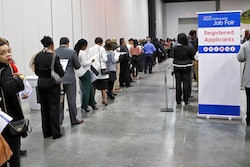 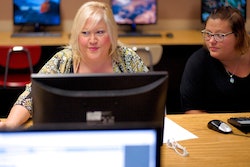 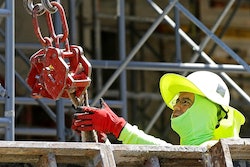