The family-owned company told workers just over a week ago that manufacturing and packing work would stop in Brooklyn and shift entirely to other parts of the country. 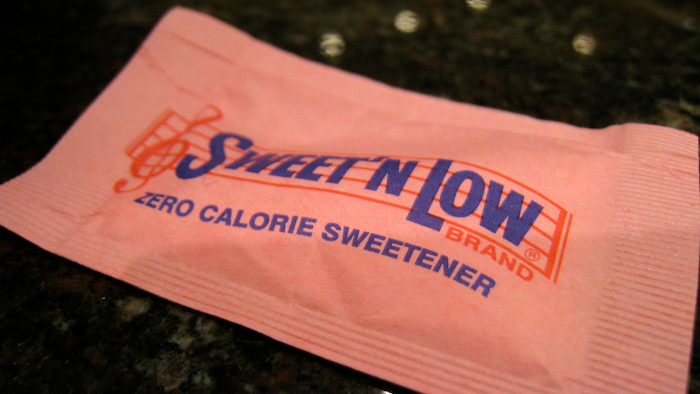 (AP) — For almost 60 years, tiny pink packets of Sweet'N Low have flowed, millions upon millions, from Cumberland Packing Corp., the Brooklyn company where the sugar substitute was first created.

But the family-owned company told workers just over a week ago that manufacturing and packing work would stop in Brooklyn over the course of the year and shift entirely to other parts of the country, leaving only its headquarters in the borough. It's the latest chapter in a familiar tale. New York City hasn't been a manufacturing contender in decades, with global competition and the high costs of labor and real estate taking their toll.

"It's a miracle they were here this long," said Adam Friedman, executive director of the Pratt Center for Community Development. "They make a very standardized, commodity, low-value-added product, and that is not what New York is today, nor has it been for 10, 15, even 20 years."

News of the shutdown came as a shock to the 300 or so employees when they were told at a meeting. "It's just like a bomb just dropped on us; nobody expected that," said Delbert Ranger, 52, who has worked as a machine operator at the company for about six years.

Their union, United Food and Commercial Workers Local 2013, had been in contract negotiations for several months, but the closure was never mentioned "at any time at all with us," said Jahan Khan, an employee on the bargaining committee. Workers, along with elected officials, have protested the closing, decrying the loss of manufacturing jobs, some held by employees for decades.

The decision to move all packing and manufacturing out of New York City is one "that we've been holding off for decades" out of commitment to employees, said Steven Eisenstadt, company CEO and grandson of the founder, Benjamin Eisenstadt. The company had started using other packing companies for at least some of the production in the early 1980s, he said.

"As much as we would like the 'Made in Brooklyn' aspect to be meaningful, it doesn't seem to necessarily have the same resonance in other parts of the country as it would around here," he said. "There are other aspects where it's just about how competitive are you compared to others." The company is committed to helping employees find new jobs, he said, and is talking to the union about it. Company officials wouldn't say where the old jobs will move.

After starting with a company that filled teabags, he had an idea: Sugar could also be put into individual packets, an unheard-of thought in the late 1940s when restaurants used only bowls and glass dispensers for sugar. But Eisenstadt didn't patent his idea, and it was adopted by sugar companies.

That led Eisenstadt and his son in 1957 to develop a new product to put into packets, a low-calorie sugar alternative using saccharin that they called Sweet'N Low.

The product is still made on antiquated machines, some that previous generations of the family helped design, Steven Eisentstadt said. It's created in blenders from a mix of ingredients, and then fed into machines that fill the packets, which are then shipped out. The company also makes Sugar in the Raw and Stevia in the Raw, among other products.

Manufacturing jobs in the city at the time of Sweet'N Low's start numbered at about 1 million. That's compared with a mere 75,000 now, according to a report from the Center for an Urban Future. But after decades of decline, there's been some very slight uptick in recent years, said Jonathan Bowles, the center's executive director.

But New York City's manufacturers nowadays tend to be smaller enterprises, such as artisan food or high-end furniture companies, that have a handful of employees making products on a small scale for local markets.