Manufacturing workers have been wearing "multiple hats" for so many years now that it might be the new normal to have several roles in the workplace. But just because it's normal doesn't mean it's good for your business.

The good people of America are known to delight in challenging themselves in bizarre ways. The “Gallon Challenge,” invented by college ag majors, no doubt, requires you to drink a gallon of milk in one hour, simply to show that you can. Likewise, the “Saltine Cracker Challenge” is six saltines in 60 seconds. I recently learned that two bananas, washed down with a liter of Sprite, is a stomach punishing way to obey your thirst and not recommended.

It’s not something I’m proud of, but in my younger days I was bold enough to declare the “Cinnamon Challenge” conquerable. Before you try to eat a tablespoon of cinnamon, let me stop you: It’s not.

The average manufacturing facility is playing its own game, though not quite as amusing: The “Hat Challenge,” where management level employees are tasked with addressing more than one job function on a regular basis.

I recently spoke with John Bernet, Application Specialist for Vibration and Alignment for the Fluke Corporation and he mentioned how often maintenance programs were being degraded by this very issue. For example, companies that used to have reliability teams in place are now running a skeleton crew and the maintenance team is too buried with regular PMs and repair work to be able to comprehensively assess the kinds of issues a professional vibration analyst would (without the right tools, of course). Manufacturing companies are increasingly leaning on their suppliers for help, but for many smaller companies, the size of their business doesn’t always warrant free baseline services, nor does it justify shelling out for the paid ones.

That leaves them in a vulnerable position. “Running Lean” or “Wearing Multiple Hats” may be a cute way of saying this, but the reality is far different. The more hats, the greater the challenge and the potential for negative impacts, including:

• Gaps in Performance – No matter how hard they work, when people are overtasked they wind up neglecting one area over another.

• Turnover – Imagine the burden of managing a facility-wide maintenance program and also monitoring safety and compliance standards. It’s enough to make you wake up at night in a cold sweat. As the job market continues to open up, those folks struggling to keep their heads above water may decide it’s not worth it anymore. And, sadly, those entrusted with covering these gaps are quite often the employees we value the most.

• Missed opportunities – Who is looking at strategy when the people in charge constantly have their hair on fire? It’s hard for them to impact the long game when your best and brightest are juggling a brain-scrambling number of tasks.

While we try to out-lean one another in an attempt to up our competitive advantage, we may be doing just the opposite. Many manufacturers rely on their employees to do multiple jobs because either (a) they’re trying to keep their costs down or (b) they have difficulty finding the appropriately trained job candidates.

Unfortunately, when employees are used as stop gaps (“it’s just for a little while…”) it’s not uncommon for their new roles to become permanent because it’s easier than finding a real solution. But nobody wins in this scenario. According to the UNSW Australia Business School, doing “more with less” actually reduces productivity, due to a concept they call “workplace starvation.” After a recent study, researchers say that if managers cut expenditure in the areas of intellectual assets, productivity will decline. “Organizations with starved workplaces operate below the production frontier, meaning they do not maximize the effectiveness of their tangible assets,” they write.

To boot, more and more Americans are seeing flexibility when it comes to their employment opportunities. Job vacancies industry-wide suggest that, if you’re not making measured decisions when it comes to distribution of responsibilities, your challenge might become bigger and more daunting than the Hat Challenge you started with.

Anna Wells is the Executive Editor of IEN. Find her on Twitter: @IndustrialAnna

This article originally appeared in the August issue of IEN magazine. For a free subscription, click here. 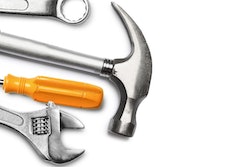 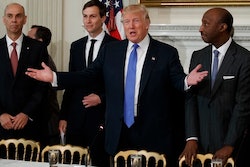 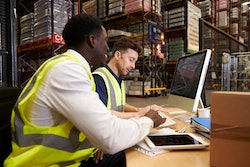