Does every potential worker really require flexible work schedules or a ping-pong table in the break room? 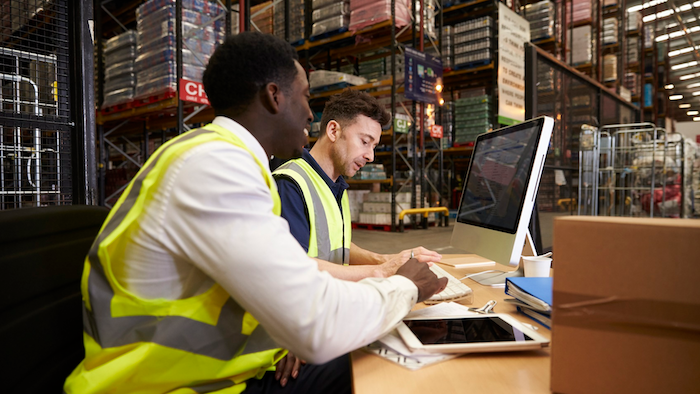 When it comes to recruiting the new workforce of the manufacturing industry, experts are mixed on just how much special attention must be paid to the needs and wants of Millennials.

In the manufacturing arena, recruiting employees is harder now than at any time during the past nine years, according to the Society for Human Resource Management’s (SHRM) monthly Leading Indicators of National Employment (LINE) reports.

SHRM cites multiple reasons, including the fact that a significant portion of the manufacturing workforce is nearing retirement age and, more importantly, manufacturing’s negative image among young people.

These heightened challenges are prompting HR professionals to take more creative approaches to finding and keeping workers, ranging from holding community events aimed at improving public perceptions about manufacturing to developing a more worker-friendly culture inside the plant.

A Generation That’s Not So Unique

For many stakeholders, changing perceptions is one effort, among many, to address those widely-publicized needs of a younger job seeker. Specifically, Millennials are thought to value things like transparency, feedback, and flexibility, as well as more modern and digitally oriented themes like a business’s social media presence, mobility or “authenticity of voice” – whatever that means. It’s no wonder then that industrial businesses often flounder to align their opportunities with how they suspect they are being evaluated.

Dan Campbell, CEO of Hire Dynamics, a staffing agency that specializes in IT and manufacturing, office work and call centers, believes that some of the more highly publicized must-haves for Millennials are getting more air time than they deserve. Does every potential worker really require flexible work schedules or a ping-pong table in the break room?

“Sometimes there is a disconnect between what people say they want and what they really need,” says Campbell. “What are the things that they really need in order to be proud and stay with an organization? It’s more about having a voice and making sure they’re heard and the company is attentive to them.”

This idea that Millennials aren’t really any more unique an animal than their Baby Boomer parents is supported by a recent article in Harvard Business Review:

“While pithy descriptions of what makes Millennials unique are presented as self-evident and seem to have a ring of truth to them, very few are supported with solid empirical research,” says Bruce N. Pfau, author of What Do Millennials Really Want at Work? The Same Things the Rest of Us Do. “On the contrary, a growing body of evidence suggests that employees of all ages are much more alike than different in their attitudes and values at work. To the extent that any gaps do exist, they amount to small differences that have always existed between younger and older workers throughout history and have little to do with the Millennial generation per se.”

But if Millennials are no different than the rest of us, where does that leave manufacturing’s appeal with anyone?

What We Can Learn From the Skills Gap

According to a 2015 study co-developed by the Manufacturing Institute and Deloitte, the manufacturing industry is facing some two million job vacancies by 2025.

About 60 percent of the manufacturing jobs unfilled today are attributable to a shortage of applicants with the requisite skills, claim the study’s authors, which begs the question: Why aren’t these skills being pursued?

In a guest blog for the Huffington Post, Jerry Jasinowski, former NAM president, cited some reasons:

Besides the training component, Hire Dynamics’ Campbell echoes the emphasis on the role industrial companies play in job retention, specifically.

“Whether it's Millennials or anybody else, I think sometimes the challenge is you still have old school management techniques that are utilized, even if it’s an advanced manufacturing environment,” says Campbell. In fact, he explains, two main components will directly influence whether a manufacturing business will attract and retain quality employees. One, ensure that the employee is clear as to what is expected of him or her on a daily basis. “It sounds easy, but most don’t do that,” Campbell says. The second, he says, is whether that individual is able to use his or her strengths on a regular basis. “If you accomplish those two things, I don’t care if you’re a Millennial or you’re a thirty-year person – you will attract and retain at a much higher rate, and the word will spread.”

Anna Wells is the Executive Editor of IEN. Find her on Twitter: @IndustrialAnna